The Yamuramachi Station Building on the Fujikyuko Line was constructed in 1929 using a Western architectural style. It exemplifies the spirit of modernization that was sweeping Japan at the time. Constructed primarily of wood, a layer of white mortar covers the exterior walls, and the roof’s surface is flat rather than curved in the style of many traditional architectural forms. Atop the roof sits a weather vane with a “y” for “Yamura” cut into it. A residence for station workers is attached on the north side of the building. 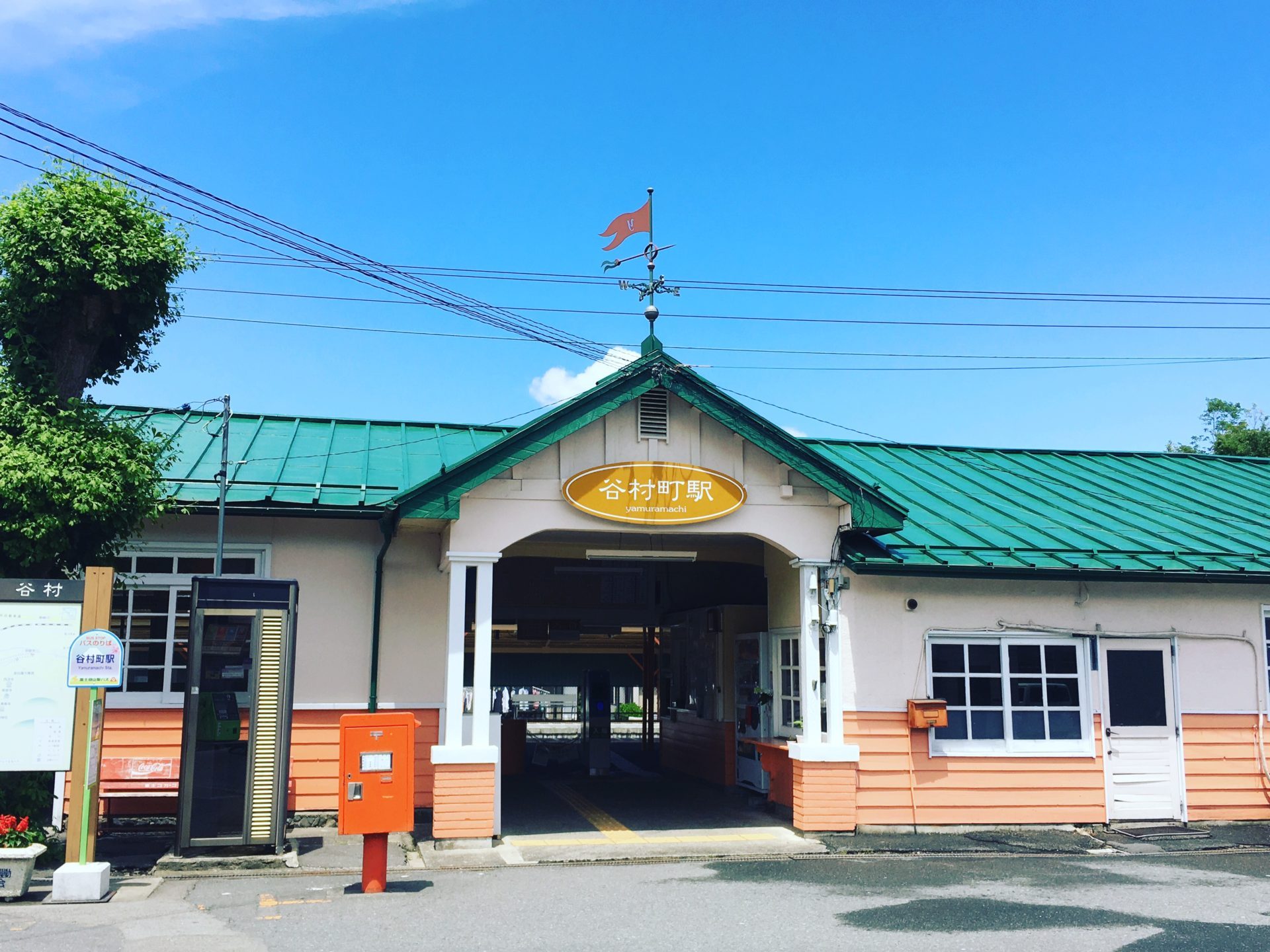 The station’s boarding platforms are sheltered by an awning supported with columns. These are made from rails repurposed from an out of service line from the Meiji period (1868–1912). Their dates of fabrication can still be seen printed on their surfaces. As the station was built at the beginning of the Great Depression, these columns represent not just an aesthetic choice but also an example of the cost-cutting ingenuity of the people of Tsuru in times of economic trouble.