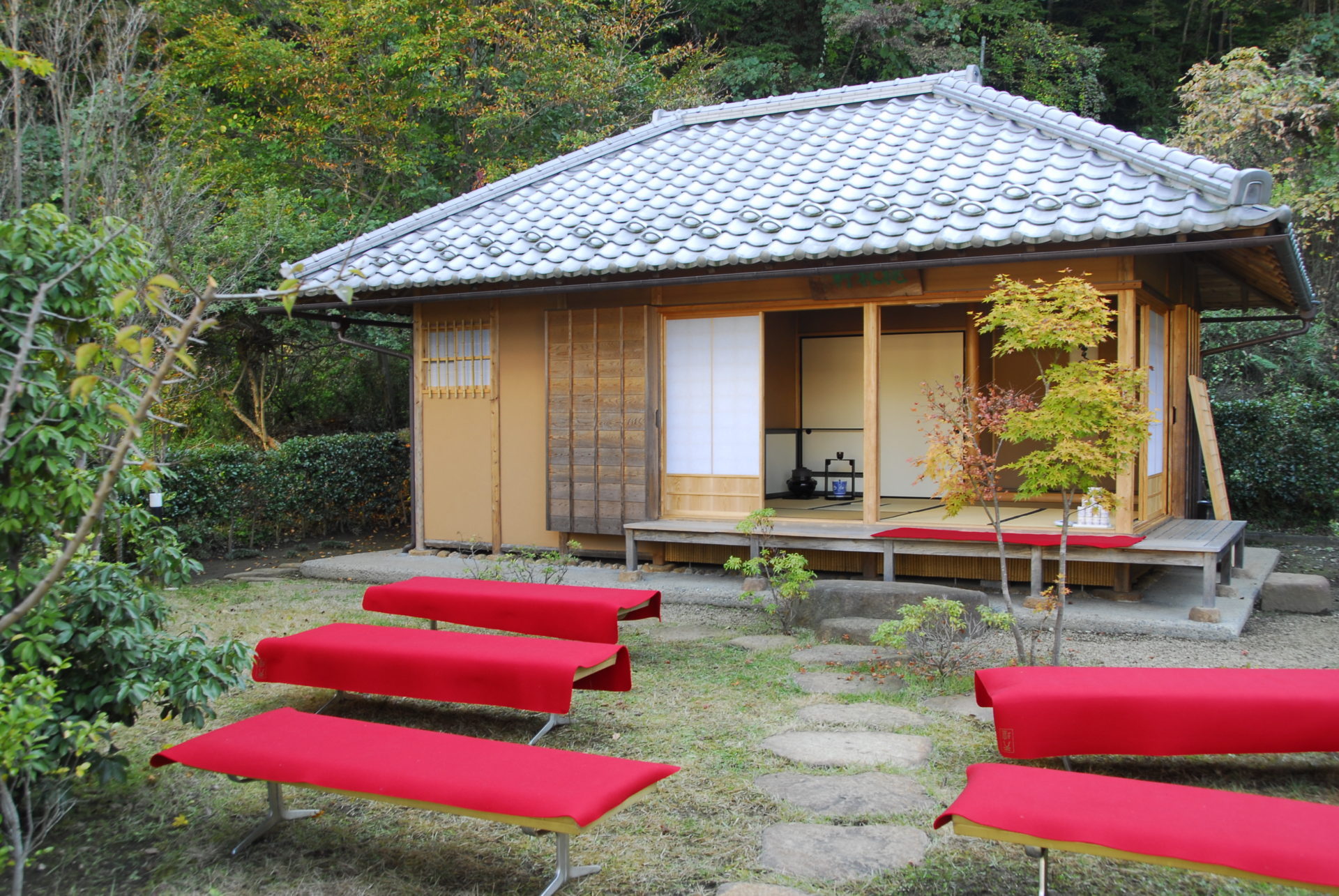 This small building is a reconstruction of Torinken, or “Peach Grove House,” where the famed haiku master Matsuo Basho (1644–1694) once stayed. Born to a samurai family, Basho abandoned his status and its privileges to pursue a literary life. During his career, he introduced minimalist aesthetics to the haiku form, transforming what had been considered a simple literary pastime into a sophisticated art form.

Basho came to this area early in 1683. He was invited by his pupil Takayama Den’emon (1649–1718), the chief retainer of the lord of Yamura, after Basho lost his home in a large fire that destroyed much of Edo (present-day Tokyo). During his five-month visit, he stayed in a small house on the outskirts of Takayama’s estate. Here the two held several poetry gatherings during which many famous verses were composed. Stone monuments bearing these poems can be found all around Yamura. Though the original Torinken was destroyed long ago, this reconstruction was completed in 2004 in remembrance of Basho’s stay in Tsuru, and to serve as a place of learning.