2019-09-17
237VIEWS
“The Melancholy of Henshin Interviewer” (directed by Atsushi Miki), a drama broadcasted on the TBS in the fall of 2013, starring Yuichi Nakamaru (The idol group KAT-TUN) and actress Fumino Kimura, was filmed in various places in the city.

This shooting was started from the discussion with the city and Fujinoyama Yamanashi Film Commission and filmed from August 22nd to September 15th, 2013. Various scenes were shot mainly in the city center.
In drama shooting, many companies, residents' associations, elementary schools, and citizens in the city cooperated.
Director Miki and other photography staff said, “The people in Tsuru City understood and cooperated with the shooting, so we were able to proceed smoothly.”
The familiar road was projected as a completely different city in the drama, and it was drawn in a mysterious atmosphere. 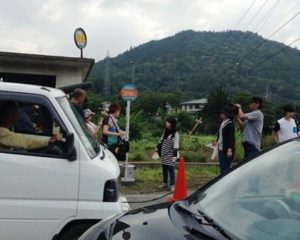 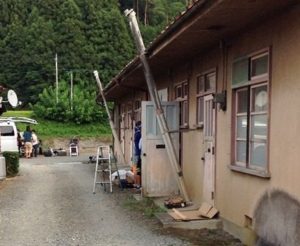 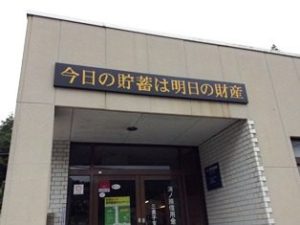 ◆In addition to above, many facilities appeared in various scenes, such as Takara Elementary School, the town of Takao Town, and the Koukyouji Mountain Gate.

The world of the network ≒ a closed town, disappearing when it floats on its border ... <mysterious but sad> mystery after mystery...
Yuichi Nakamaru is the protagonist who changes from a genius trick writer to a refreshing interviewer, and Fumino Kimura is the heroine of a beautiful editor who forms a combination with Yuichi.
Two authors and editors who can't write will face a strange murder case in a closed town.
An original story directed by Atsushi Miki, who worked on "Age Police", "Atami Investigator" and "Ore Ore".
It's a dark, twisted, labyrinth-type comedy mystery.
＜＜ Actors/ Actresses ＞＞
Yuichi Nakamaru, Fumino Kimura, Eri Fuse, Suzuki Matsuo, etc
October 2013 nationwide broadcast on TBS drama NEO
Broadcasted on TBS On-demand
Production: TBS
"The Melancholy of Henshin Interviewer" Official website: http://www.tbs.co.jp/hen-tavi_neo/
History/ Culture Sightseeing