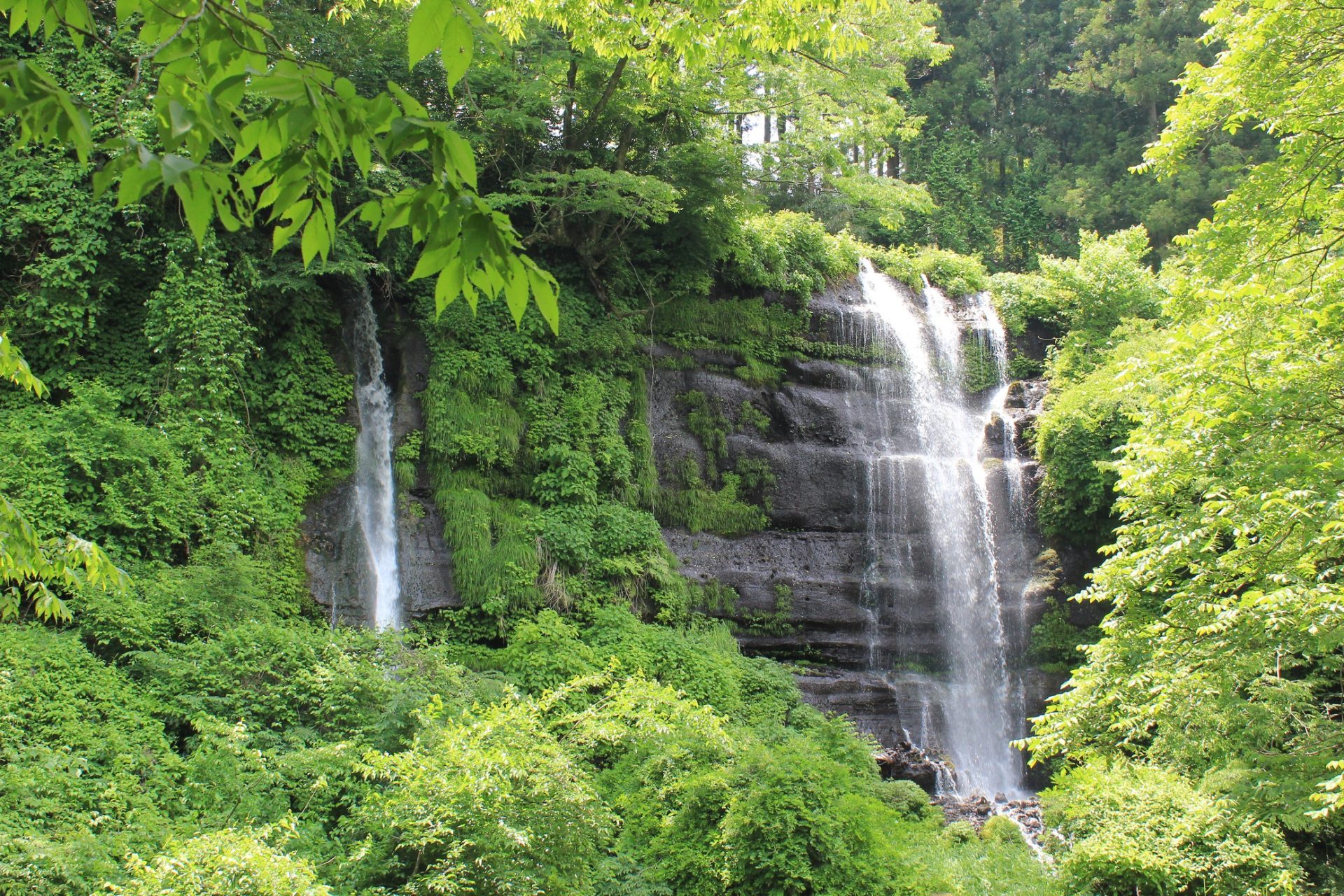 Fed by the large cluster of springs in the Tokaichiba and Natsugari areas, these two scenic waterfalls drop 10 m into the Shakunagare River. According to legend, these two falls were named after a pair of brothers, Taro and Jiro, who died here long ago. As the story goes, the two took to thievery to support themselves, but they fled when the angry townsfolk discovered their hideout. They fell from the cliff in the confusion of the chase. The spot where Taro landed became known as Taro Falls, while the spot where Jiro landed became known as Jiro Falls.

The Shakunagare River, whose name literally means “Ladle Flow,” also has an old legend attached to it. Supposedly a deity once dropped a ladle into Kawaguchi Lake at the foot of Mt. Fuji. The handle of the ladle pierced a hole through the bottom of the lake, creating a passageway that allowed water to flow from there to nearby Mt. Mitsutoge, where the Shakunagare River originates. From there the river then flows past Taro and Jiro Falls to eventually merge with the Katsura River.