Located in the corner of a small park along the Kachu River just a few minutes’ walk from Yamura First Elementary School, this shrine sits quietly amid the whispers of flowing water. Its entrance is marked by a large stone with the shrine’s name etched into its surface in bright red characters. Although the shrine hall is relatively new, the shrine itself has existed for nearly 200 years. According to the story, Takao Shrine was established to venerate a wooden statue found floating in the Kachu River by a local water-wheel maker named Yasui Yoshihiro. It was named Takao Shrine because it faces Mt. Takao, a mountain that has been the object of religious worship for centuries. 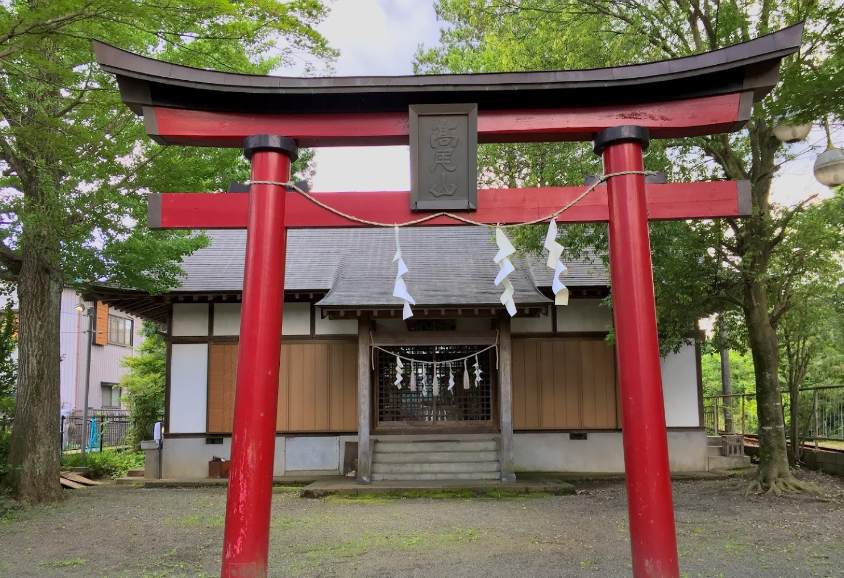 Takao Shrine’s main festival is held each year on the night between November 30th and December 1st. A large bonfire is lit to help visitors escape the cold winter air. Local merchants display goods in an open-air market, hearkening back to the days when this area was Tsuru’s central market street. The festival is an excellent chance to mingle with the city’s residents and to purchase souvenirs.