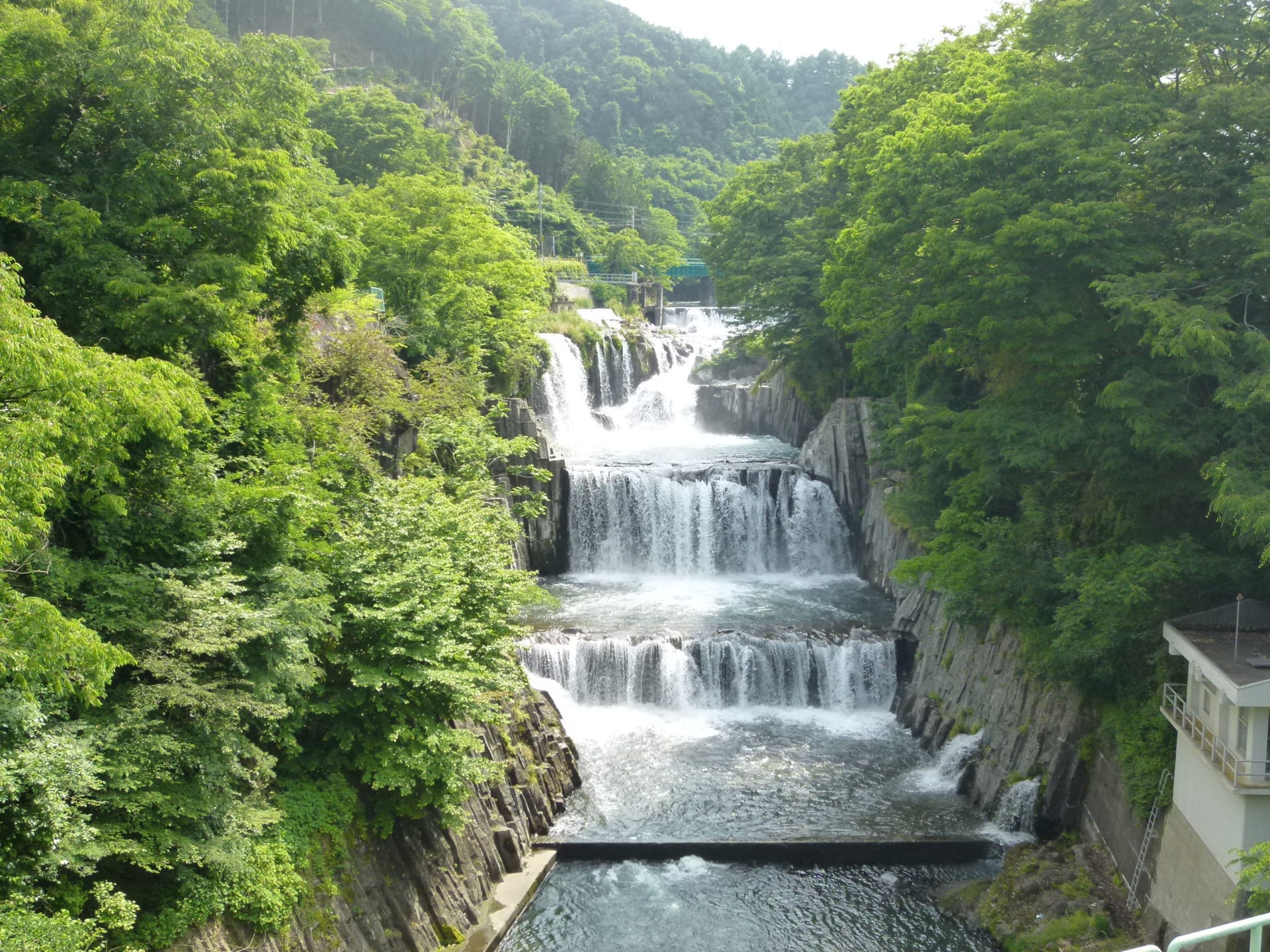 This waterfall was originally formed from the remains of one of Mt. Fuji’s eruptions, over which the Katsura River came to flow. Along either bank are stone columns formed when the lava cooled suddenly, creating vertical cracks that resulted in their distinct shape.

The current appearance of the waterfall has changed greatly since the nineteenth century. For as long as people could remember, it consisted of two drops, an upper and a lower. The lower fell a total of 20 m straight down and extended 7 m across. It is said that in those days the falls made such noise that one could hear it all the way from Uenohara, some 25 km away. In 1898, however, both shores collapsed due to erosion, destroying the lower drop. Further collapses occurred as a result of the 1923 Great Kanto Earthquake that leveled much of Tokyo, causing the remaining drop to move 30 m further upstream. In 1956 an artificial embankment was installed to prevent further erosion, and so the Tahara Falls came to their present shape.