This gorge on the Katsura River winds through a deep trench cut into the remains of a lava flow that erupted from Mt. Fuji hundreds of thousands of years ago. When the influential early twentieth-century journalist Tokutomi Soho (1863–1957) visited Tsuru, he was enchanted by the gorge’s beauty. Noting its winding snakelike form, the striking blue color of its waters, and the rocks on either shore that had eroded into a shape resembling scales, he named it Soryu, or “Blue Dragon.” The gorge extends approximately 1.25 km. 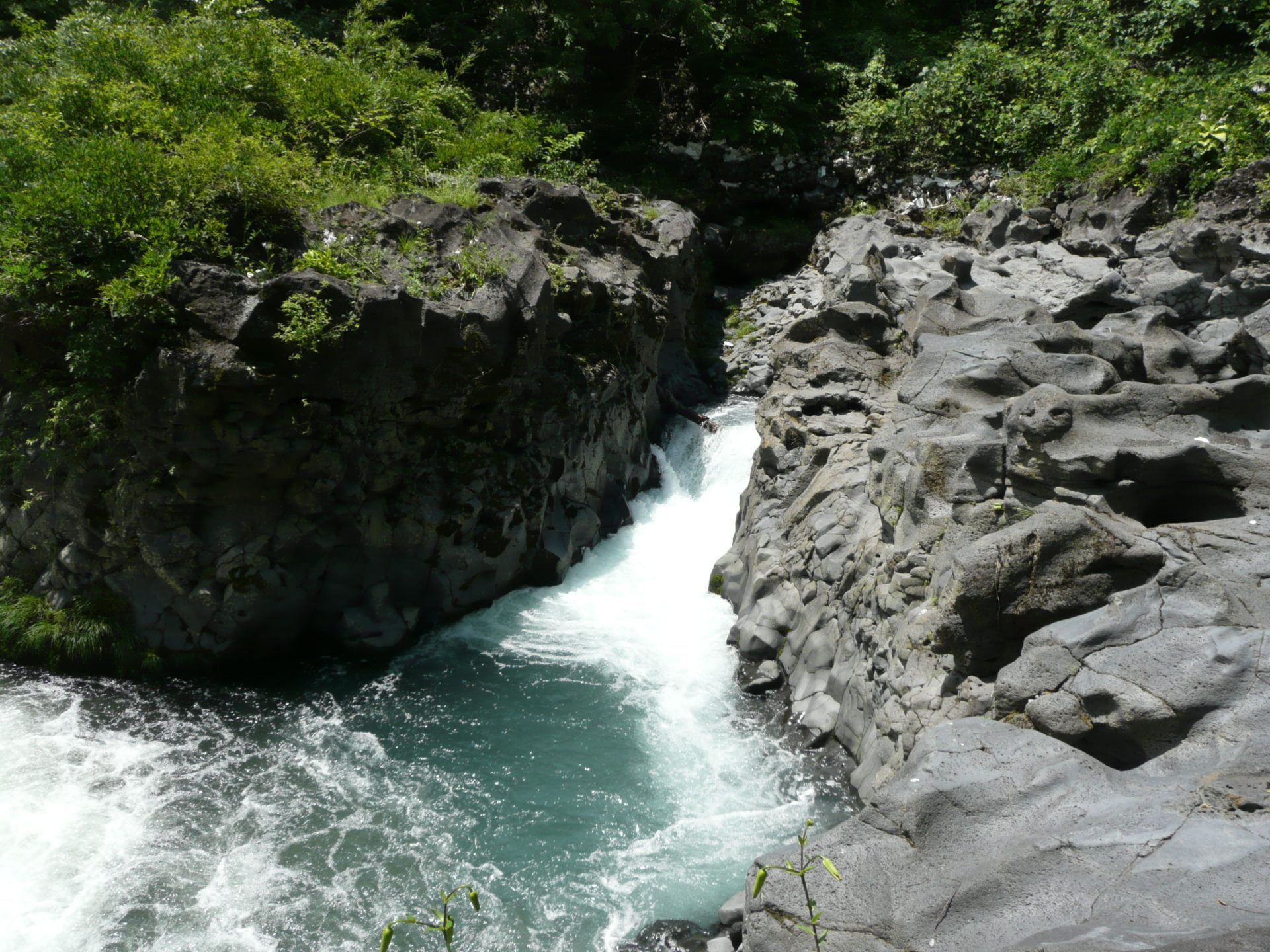 The rock from which this gorge is cut dates back millions of years to the days when Mt. Fuji first formed. Great eruptions spilled lava over much older formations to yield the current landscape. Given how hard the resulting rock was, the fact the Katsura River was able to delve such a deep groove is testament to the extremely long period that the river has flowed over it. For this reason, the site is considered an important place to observe the effects of erosion.