Oide Shrine’s annual Hassaku Festival, held on September 1st, includes a magnificent festival parade featuring floats called yatai. During the parade, the town’s citizens pull these gorgeously decorated yatai through the town while musical and dance performances are carried out by the people riding in them.

This yatai belongs to the Shinmachi district and was originally constructed in 1812. It features a bow-shaped hip gable across the front with a dragon ornament, and the figurehead atop the roof depicts a flying dragon. The float’s curtain design is titled “Kashima Odori” and depicts three elders—who are considered to be messengers of the deity Kashima Myojin—performing an auspicious dance. The base image for this curtain’s design is attributed to ukiyo-e artist Katsushika Hokusai (c. 1760–1849). 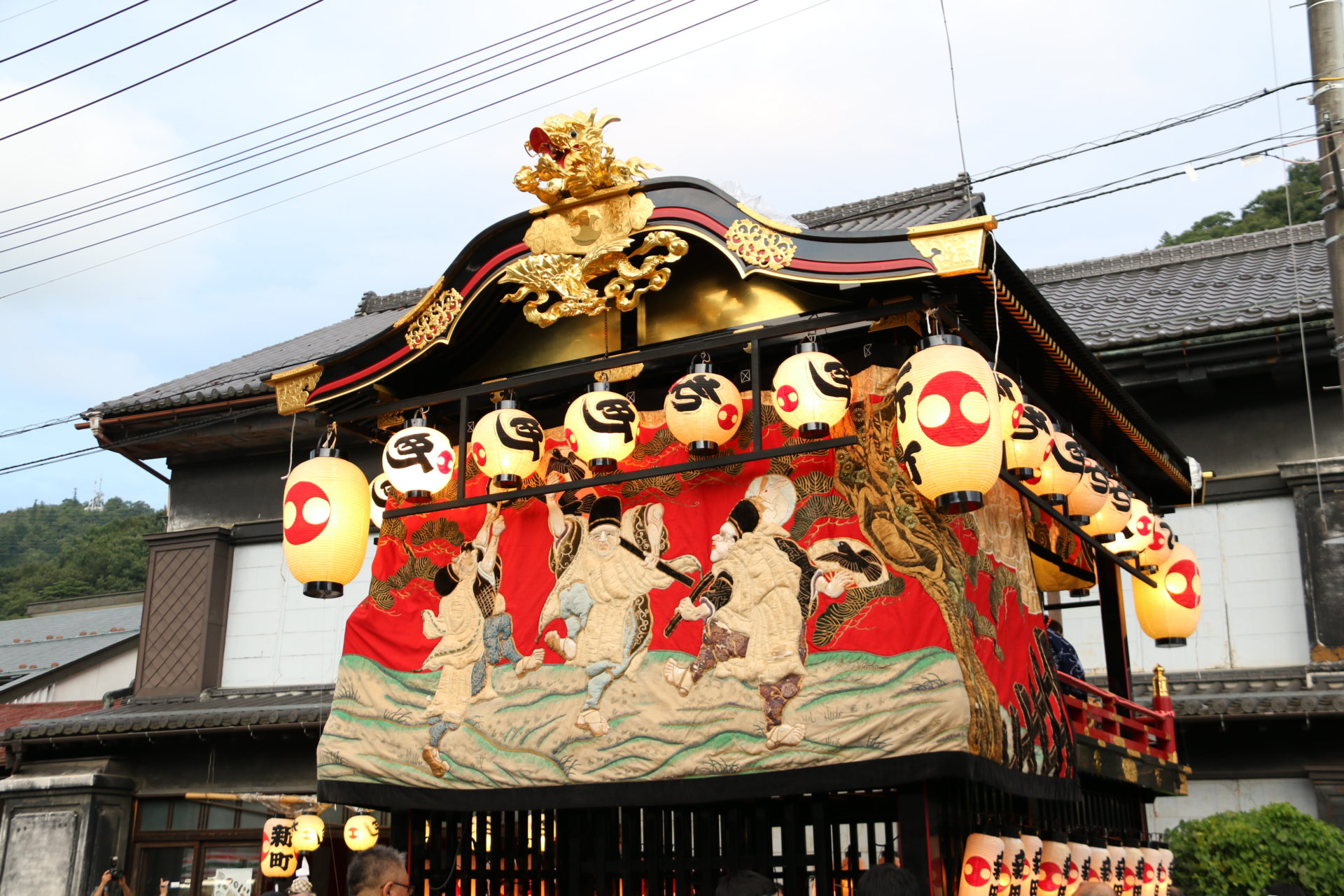 Used every year at the Hassaku Festival, the Shinmachi Yatai was disassembled and put into storage in the late 1920s. In 1996 it was reconstructed and restored by the Takayama Festival Float Preservation Arts Association at the request of the citizens of Tsuru. The float has been featured in the annual Hassaku Festival ever since.