This festival float belongs to the Shimomachi district. It is thought to have been constructed between 1804 and 1817, though the exact date is unknown. The decorative curtain covering the back of the float shows an image titled “Tigers in a Bamboo Grove.” The base image is a confirmed work of ukiyo-e artist Katsushika Hokusai (c. 1760–1849). With sparkling eyes made out of precious glasswork and brass-plated claws, the two tigers facing each other represent vigor and strength. The embroidered bamboo leaves move in the wind when the float is in motion, adding to the dynamism of the image. 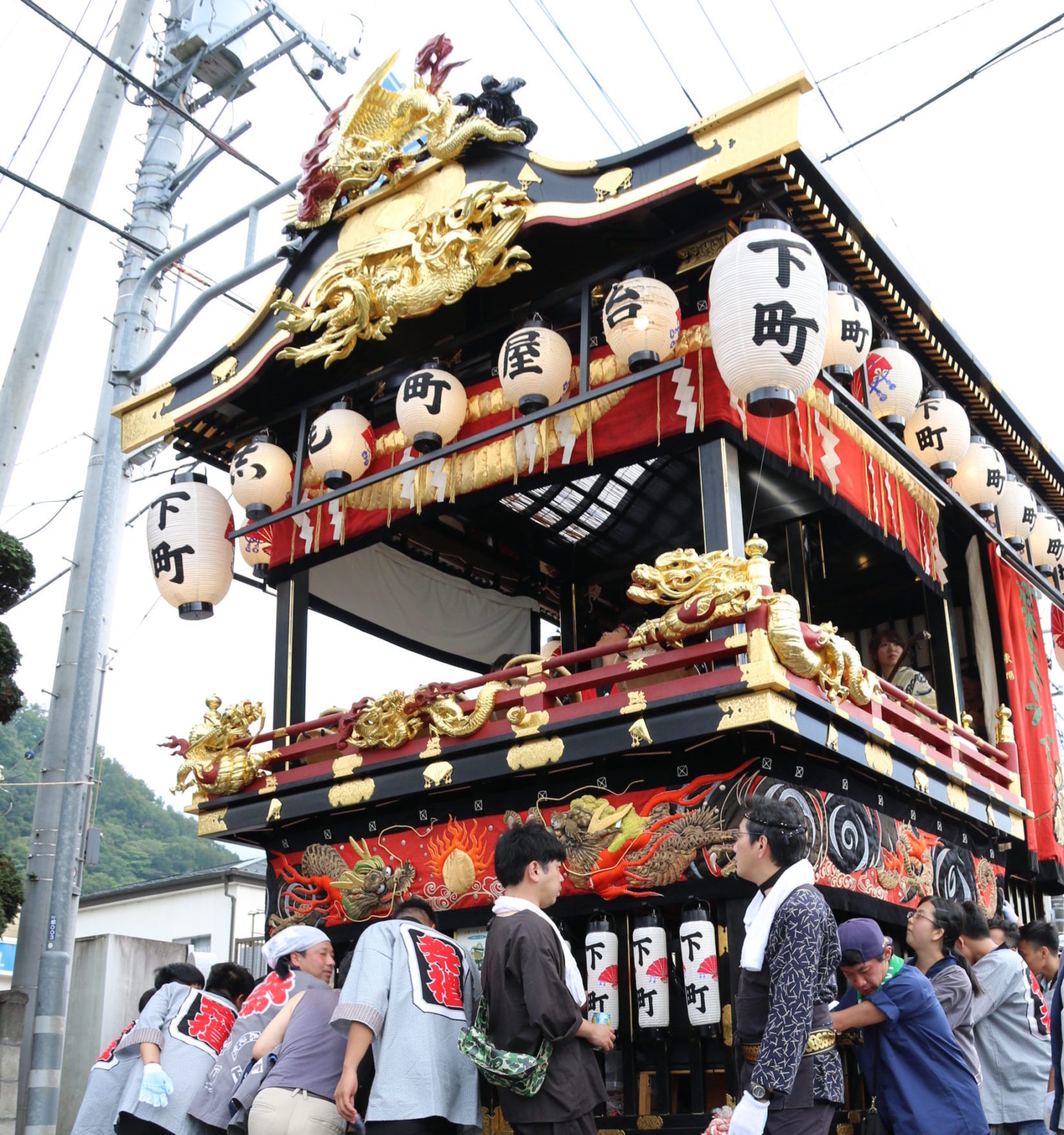 Used every year at Oide Shrine’s Hassaku Festival, this float was disassembled and put into storage in the late 1920s. Restoration began in 1992 at the request of the city of Tsuru and with the help of the Takayama Festival Float Preservation Arts Association. The restoration was complete in 1995. Shimomachi’s Yatai is an Important Tangible Cultural Property of Tsuru, along with the other three Hassaku Festival floats.