Relics of the Fuji Road

Scattered throughout the city of Tsuru are a large number of weathered stone statues and stelae. Many of these can be counted among the relics left behind by pilgrims on their way to worship at Mt. Fuji. Though the mountain had long been an object of nature worship, a new folk religion called Fujiko appeared in the seventeenth century, taking Mt. Fuji as its principal object of worship. Central to the Fujiko belief was the requirement that believers climb the mountain once in their lifetime, and so through this period great numbers of believers passed through Tsuru along one of the primary routes from Edo (present-day Tokyo) to Fuji. 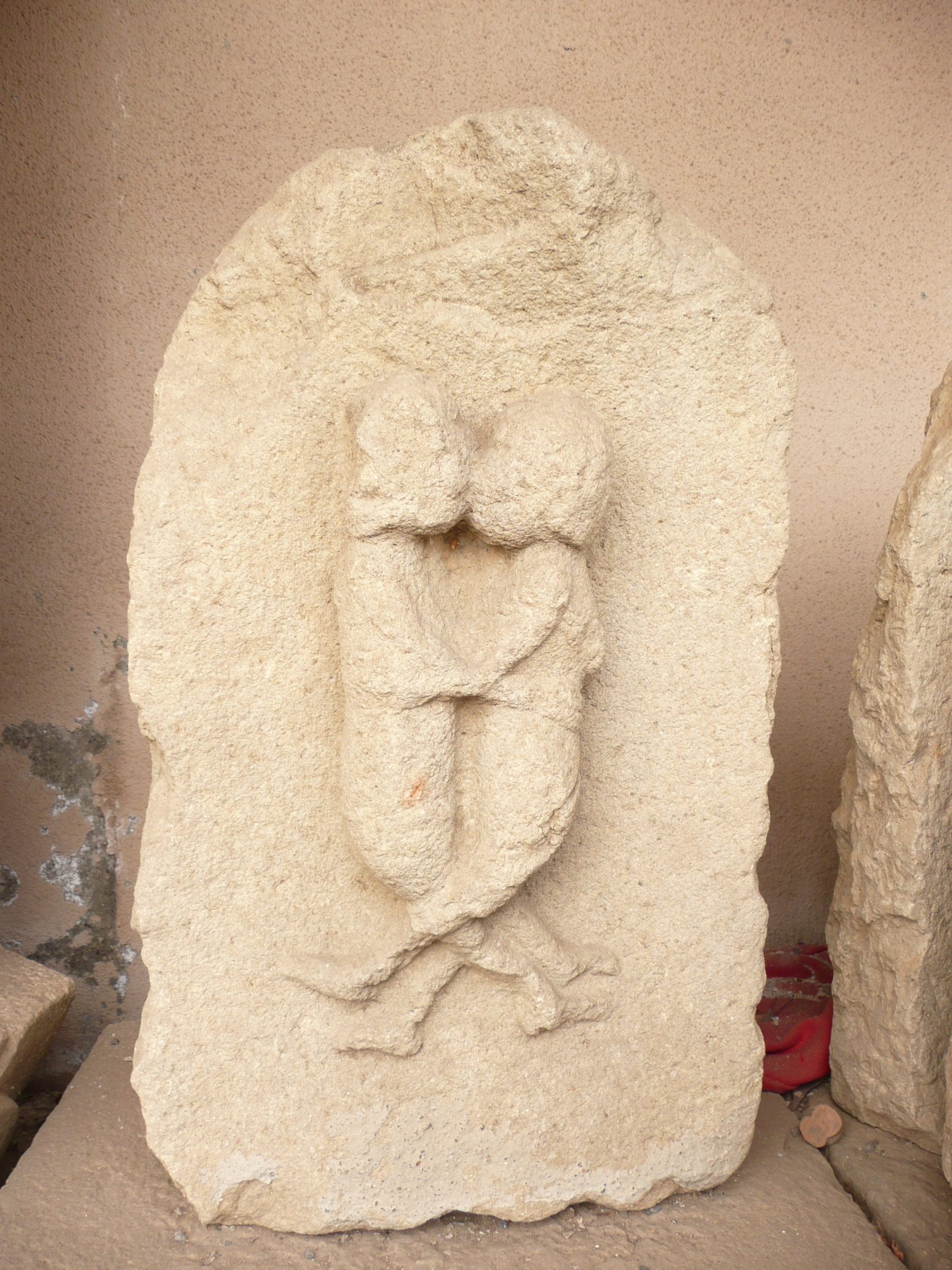 Typically, the statues and stelae left behind by Fujiko believers feature images of a wide variety of deities. Most are associated in some way with travel, such as Jizo, the guardian of travelers. Of particular note are the two-figure Dosojin stelae, which depict the guardian spirit of travelers, Dosojin, as two embracing figures. The earliest of these dates back to 1695. Examples are found in their greatest concentration in Tsuru, though other examples have been found in the surrounding prefectures as well.