This deep pool located at the base of a waterfall bears the name of a young servant girl, Onan, who once worked for a rich man living in this area. Onan was a very hardworking and serious servant. One day she accidentally dropped and broke some tableware that was very dear to her master. Her master scolded her severely, and in her shame, she threw herself from the cliff to her death. According to legend, the locals found that if they wrote a message on a piece of paper requesting to borrow a certain amount of tableware and sent it over the fall, the next day the exact number of requested items would come floating down the stream for their use. However, one day someone failed to return half of the pieces, and thereafter such requests went unanswered. A dish said to be one of Onan’s is preserved at Hokyoji Temple in Higashi Katsura. 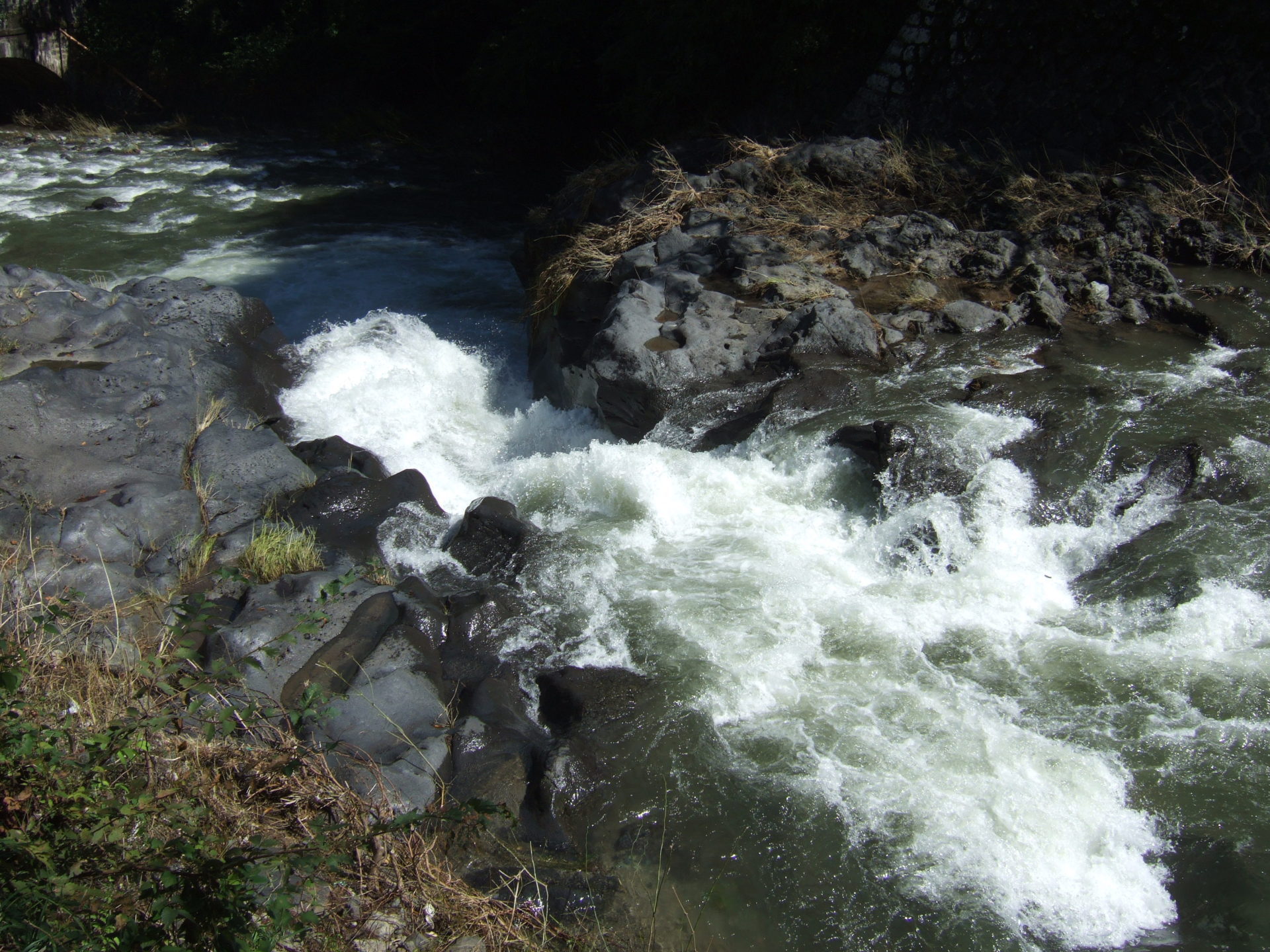 Onan’s Pool is located on Shishidome River, which flows approximately 6 km from its headwaters near Mishotai Mountain before finally joining with the Katsura River. Not far downstream from the pool is Soryu Gorge, a section of river whose blue waters wind through a narrow volcanic gorge, resembling the image of a blue dragon.