This shrine is named after nearby Oide Mountain, where a mysterious event inspired its founding. According to legend, in the year 703 the local villagers went to the mountain’s summit to investigate strange lights that appeared there every night. While they searched for the lights’ source, a man appeared near a dragon-shaped rock and told them that founding a shrine at the spot would lead to tranquility in the village. They followed his advice; however, in 929 the shrine was moved to its current location at the foot of the mountain. 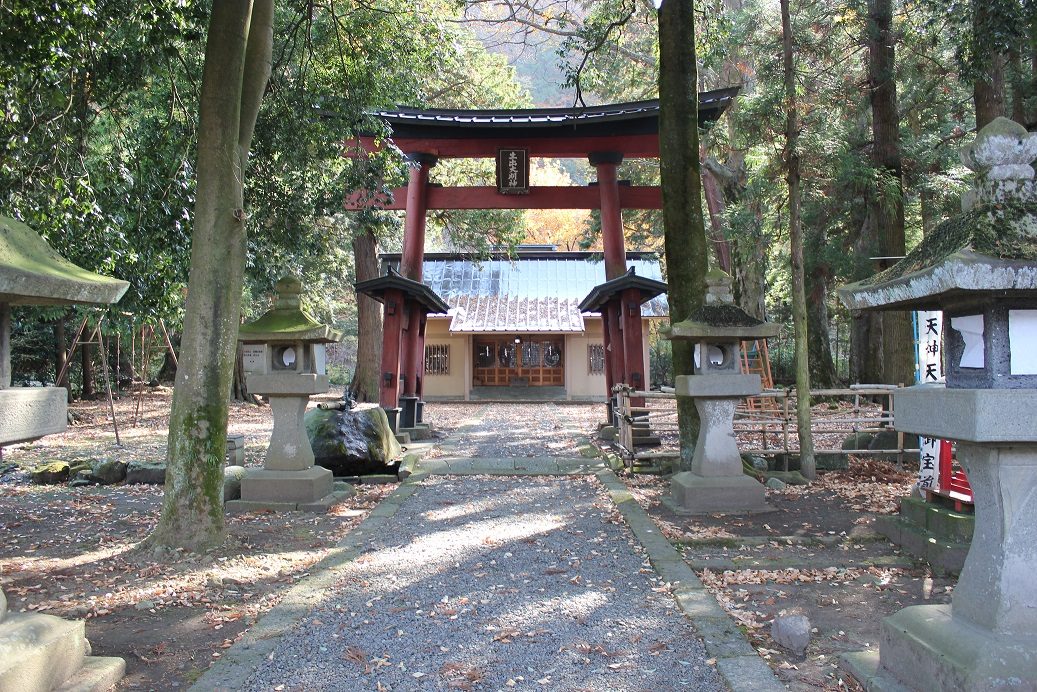 The present shrine building was constructed in 1768 by several master craftsmen from Edo (present-day Tokyo). Though the resulting structure was relatively small, every inch of its surface, except the columns, was carved with exquisitely detailed figures. Similar shrines had become common by the early nineteenth century, but this shrine is noteworthy as one of the first examples to appear in this region. 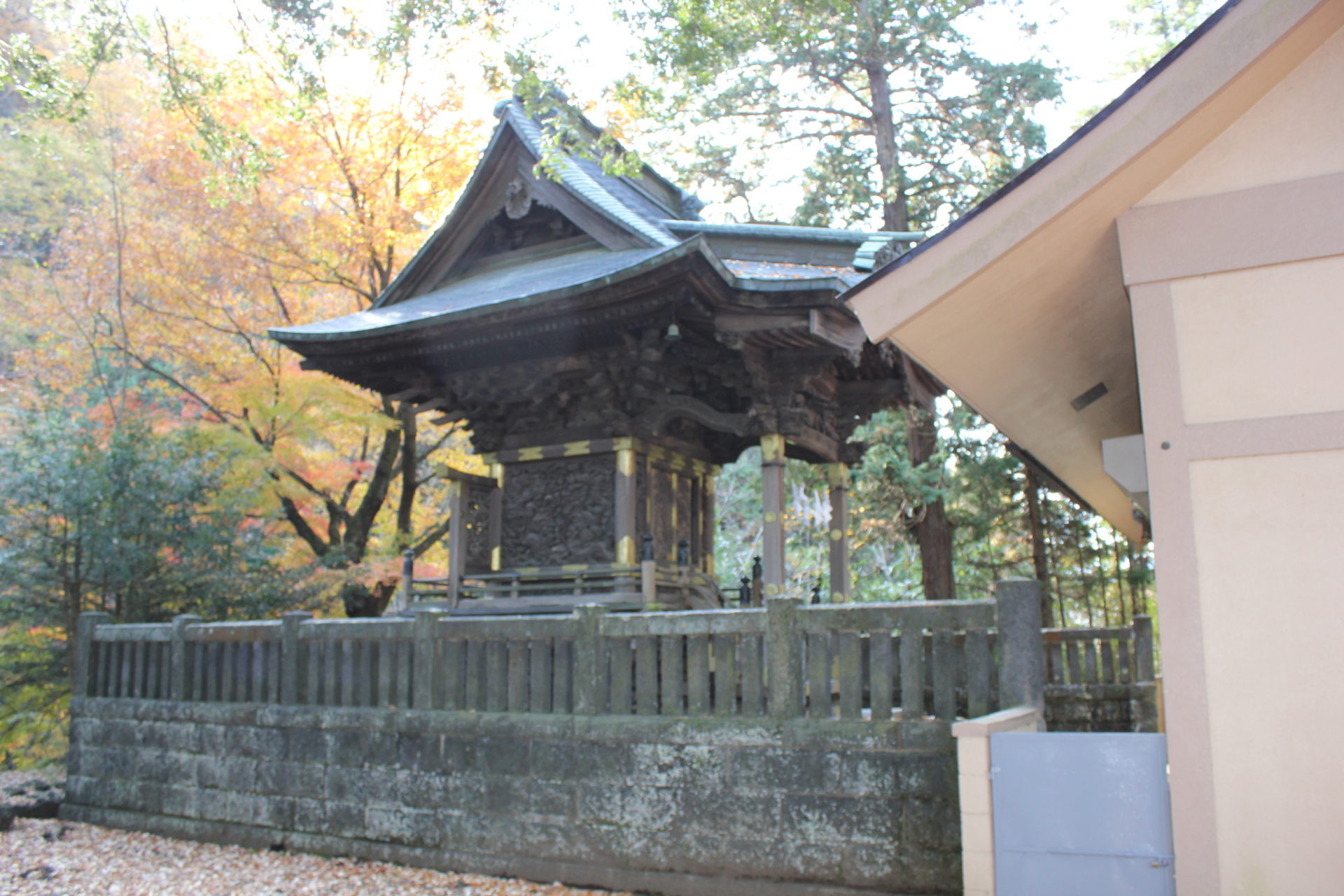 Oide Shrine’s principal festival is Hassaku (September 1st), the biggest and most popular of Tsuru’s annual festivals. On that day, the Oide Kagura Float is brought out and paraded through the city accompanied by traditional dance performances. The float is more than 150 years old and as exquisitely carved as the shrine building.