This museum occupies the old Ogata Elementary School, where several generations of local children were educated between 1878 and its closure in 1941. The school building was also used as a meeting hall for local gatherings and played an important role as the center of the community. 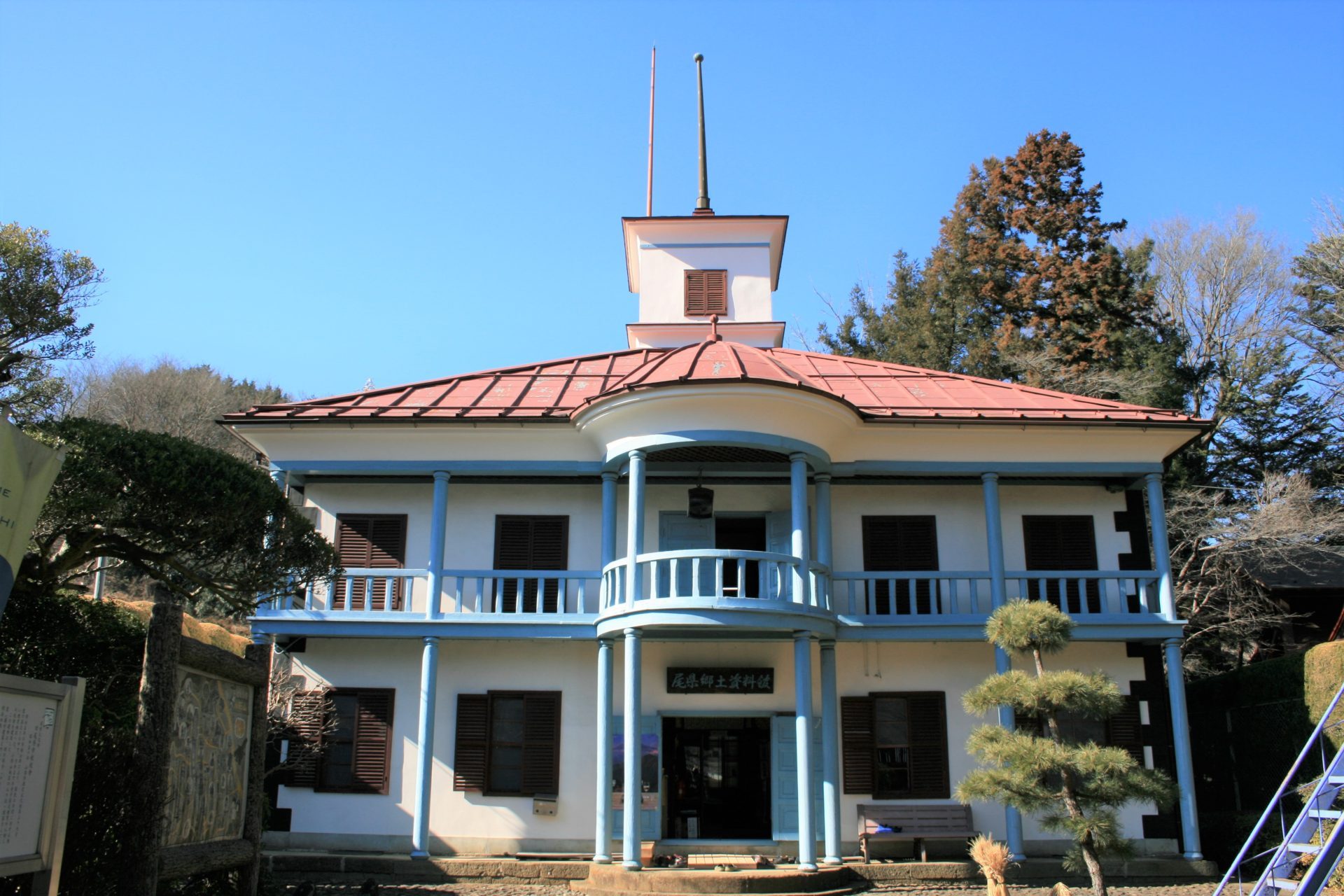 The building’s construction imitates Western architecture in its exterior while maintaining traditional Japanese construction techniques. This style, called Fujimura, came into vogue in the late nineteenth century, a time when Western styles were gaining popularity across the country. Today only five Fujimura buildings remain in this area; in 1975 this building was designated as an Important Tangible Cultural Property of Yamanashi Prefecture.

Restoration of the building began in 1973, and in 1974 it was reopened as this museum. Its collection includes a variety of objects related to daily life in Tsuru from the late nineteenth century through to the first half of the twentieth century, offering a tangible experience of the lifestyle from that time. Since the building was originally constructed as an elementary school, the bulk of the materials focus on children’s education and daily life. The first floor contains exhibits related to the building’s construction as well as educational materials, magazines, and even a model of a Meiji Period (1868–1912) classroom. The second floor includes a collection of textbooks and other writing materials as well as a set of toys grouped according to the season in which they were used.