From below this aged brick structure looks like a normal bridge, but it is actually an aqueduct carrying roughly 25 cubic meters of water per second to the Komabashi Hydroelectric Power Plant in the nearby city of Otsuki. Dating back to 1907, the Komabashi Power Plant—and many similar hydroelectric stations—were built in this area to help reduce the country’s dependency on foreign fossil fuels for industrial production. This had become a problem during the Russo-Japanese War (1904–05). 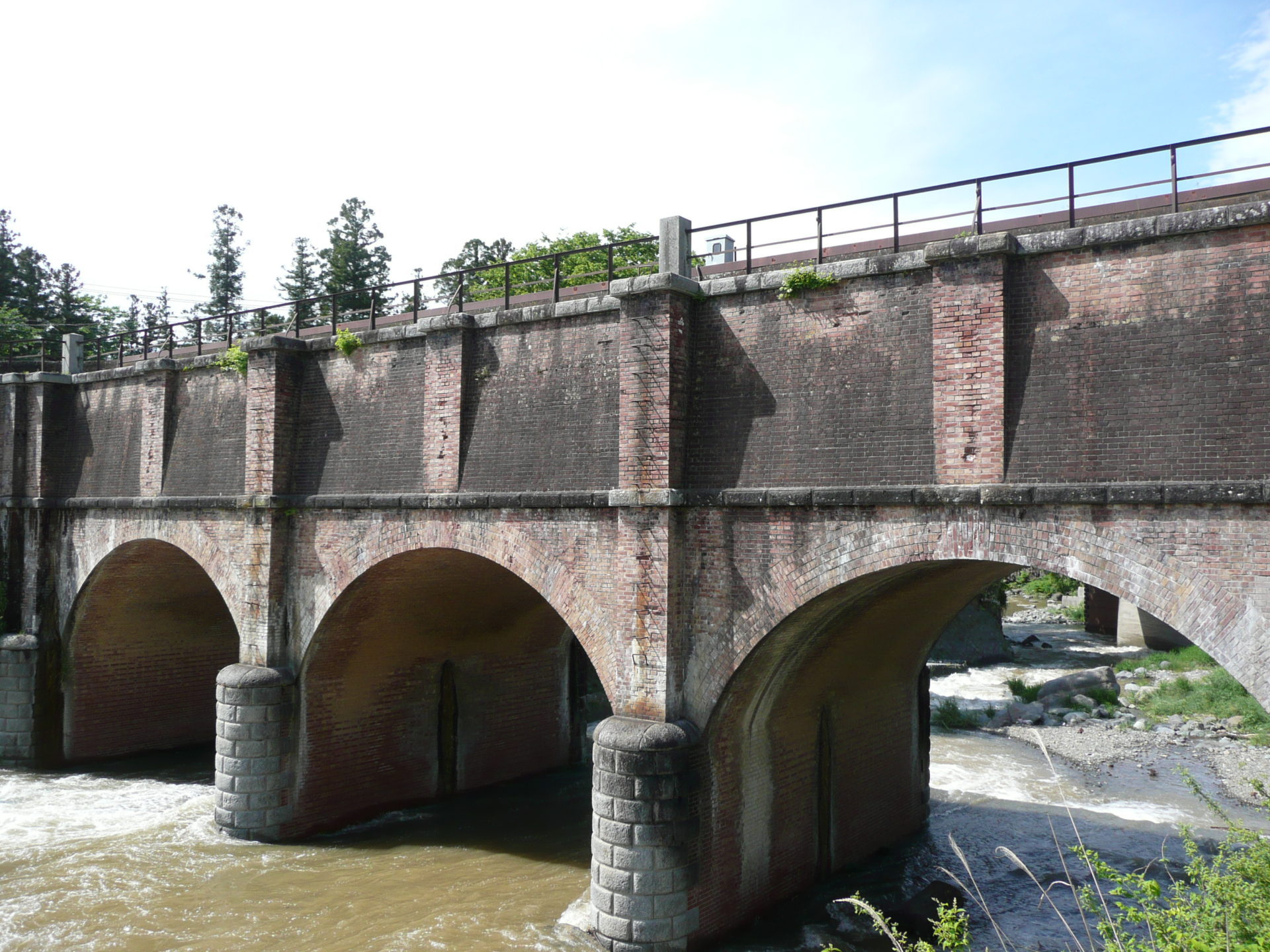 The reasons so many power stations were constructed here are because of the area’s proximity to Tokyo, and because the environment was especially suitable for hydroelectric production. In addition to the rich underground water resources that exist near Mt. Fuji and the plentiful rainfall, the area’s ground descends at an ideal gradient to maintain a constantly high rate of water flow.Today the bridge still stands as it did when it was constructed more than a century ago and is one of few such structures still in use in Japan.