The festival float belonging to the Nakamachi district was originally constructed in 1816, but its decorative curtain dates back to the mid-1700s. The float’s roof features a bow-shaped hip gable with a dragon ornament. Atop the roof there is a phoenix figurehead. 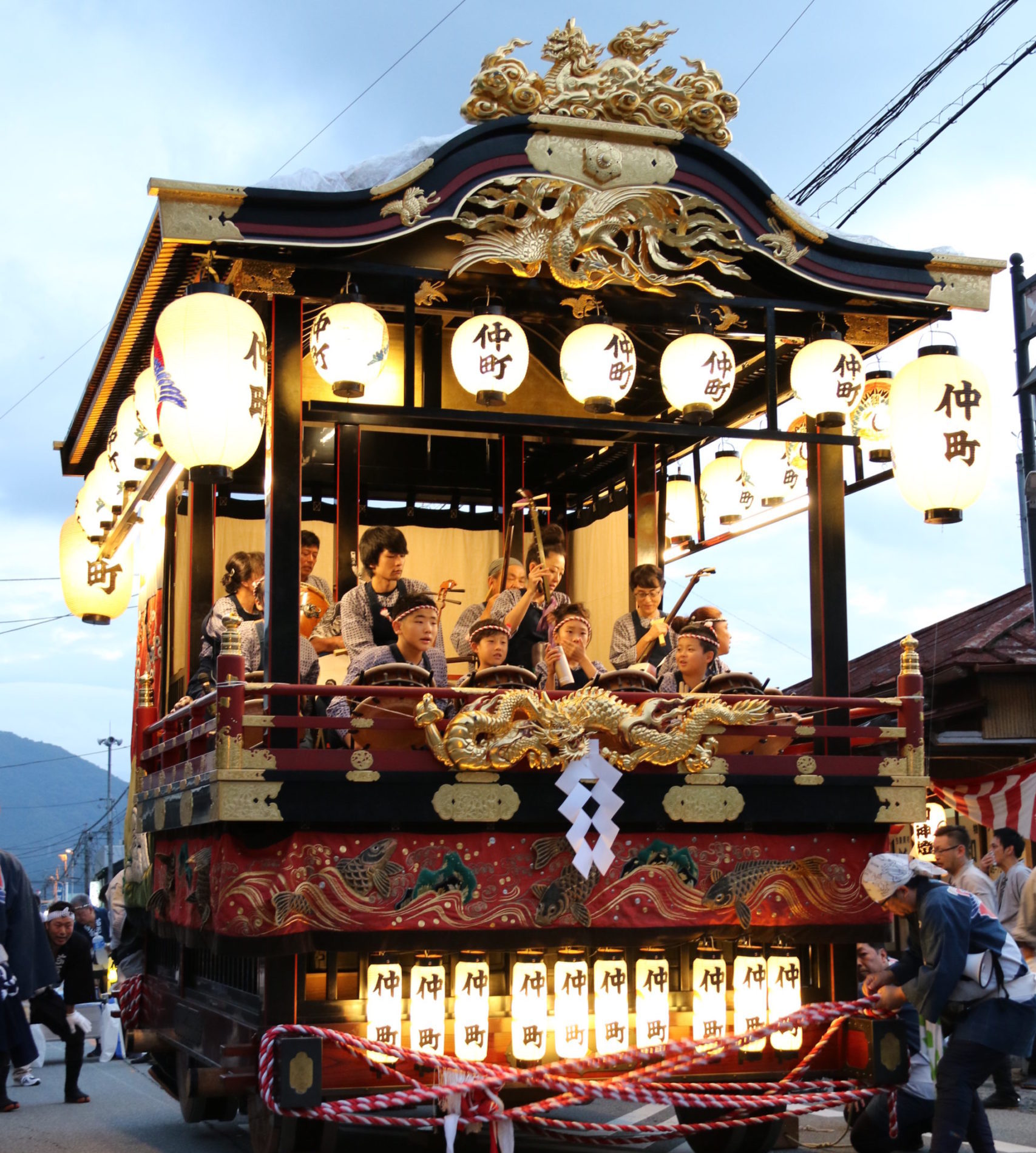 The decorative curtain of the Nakamachi Yatai features an image created by Chobunsai Fujiwara Eishi (1756–1829), a samurai painter of the Kano school. The image, titled “Horse in Spring,” depicts a horse tied to a cherry tree in full bloom. The horse’s struggle to break free results in the cherry blossoms scattering all around—a beautiful scene that lasts only an instant, the epitome of transience. The image features more than 600 cherry blossom petals, each embroidered with golden thread. 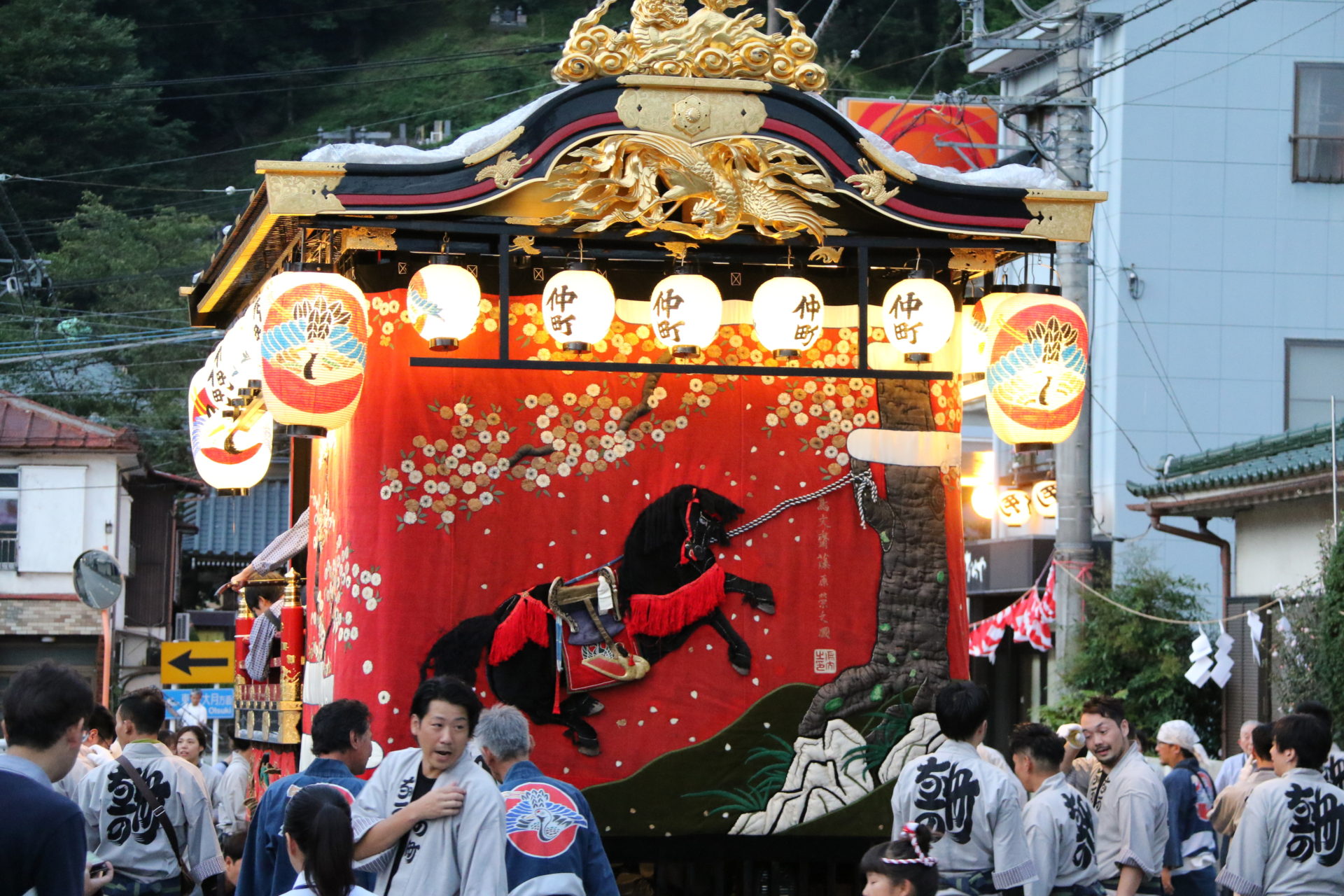 The restoration of the Nakamachi Yatai began in 2001 at the request of the city of Tsuru. It was undertaken by the Takayama Festival Float Preservation Arts Association together with local craftsmen and was completed in 2003.