The Museum Tsuru was built in 1999 to introduce visitors to the history and culture of Tsuru. The permanent exhibition features local artifacts ranging from relics of the prehistoric Jomon people—who first settled here more than 10,000 years ago—to sixteenth-century folk crafts from the age when Yamura (now part of the city of Tsuru) rose to prominence as a castle town. Visitors can also learn about a wide variety of important topics, including Katsuyama Castle’s role in defending the major thoroughfare that passed through the town, the prosperous silk trade that developed in the centuries of peace following the unification of Japan in 1603, and the extended visit of the renowned haiku poet Matsuo Basho (1644–1694), who stayed in the city for five months in 1683, during which he wrote several poems about Tsuru. 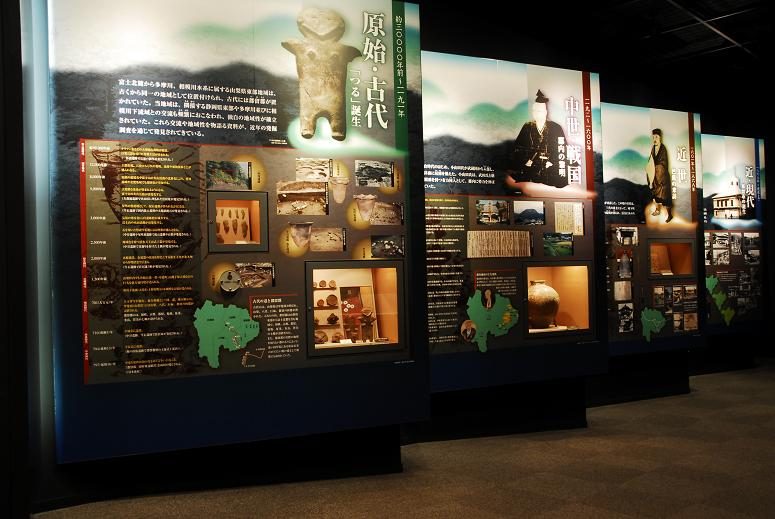 The museum provides a series of multimedia exhibits, including audio and video recordings, written explanations, and dioramas. The central display is one of Tsuru’s beautiful yatai festival floats. These massive wooden carts are hand-pulled through the streets of the city during the annual Hassaku Festival, held every year on September 1st. The festival floats are the pride of the city and feature exquisite curtains with pictures drafted by famous nineteenth-century painters such as Katsushika Hokusai (c. 1760–1849). The museum also features a permanent rotating exhibition of the paintings of Makoto Masuda, a contemporary local painter whose works evoke the reality of everyday life.