A constant presence over Tsuru City, this 1678 m–high mountain is famous for its connection with both Shinto and Buddhism. Since the early ninth century it has been home to a shrine dedicated to the male progenitor deity Izanagi. The mountain itself became an object of religious worship, too. More recently, Mishotai Mountain came to be venerated as Mishotai Gongen, the guardian deity of silkworm farming. Mishotai’s connection to Buddhism began in 1813, when the monk Myoshin Shonin began practicing asceticism here. He gathered many followers during the five years he was active. Such was his devotion that he is believed to have attained Buddhahood in 1815 at the age of 38. Just two years later, Myoshin began the austere practice of mummifying himself. The mummy was originally venerated in Myoshin’s own small hall of worship on the slopes of the mountain but was later moved to a temple in his hometown. Since then, Myoshin’s hall has fallen into ruin. 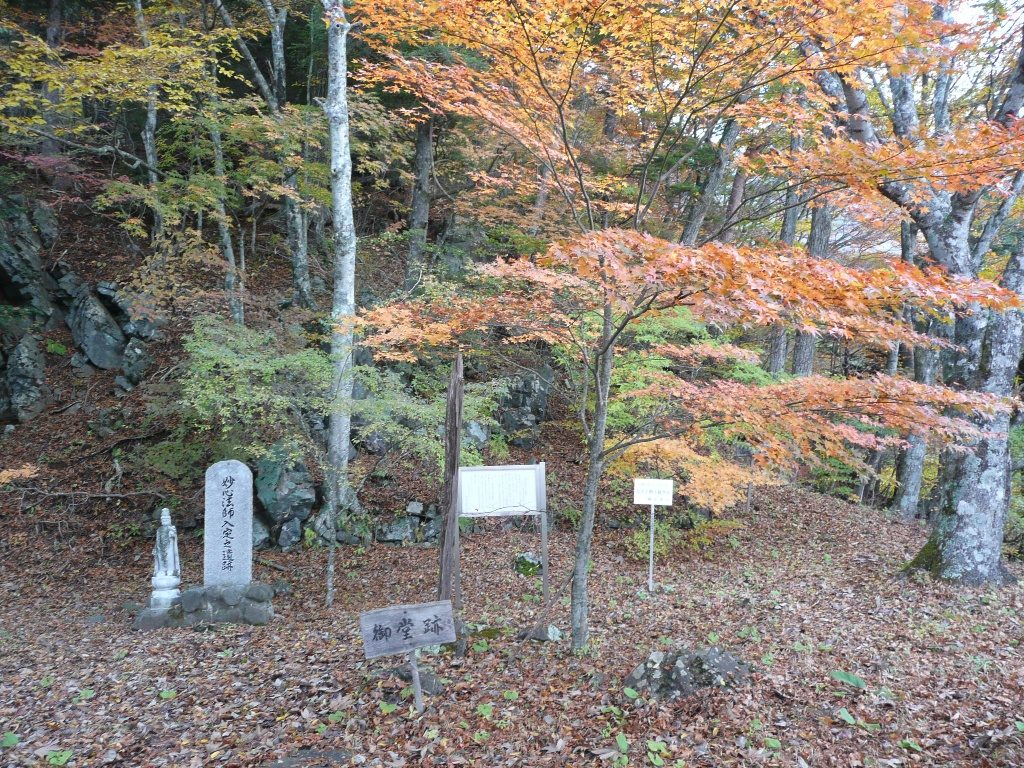