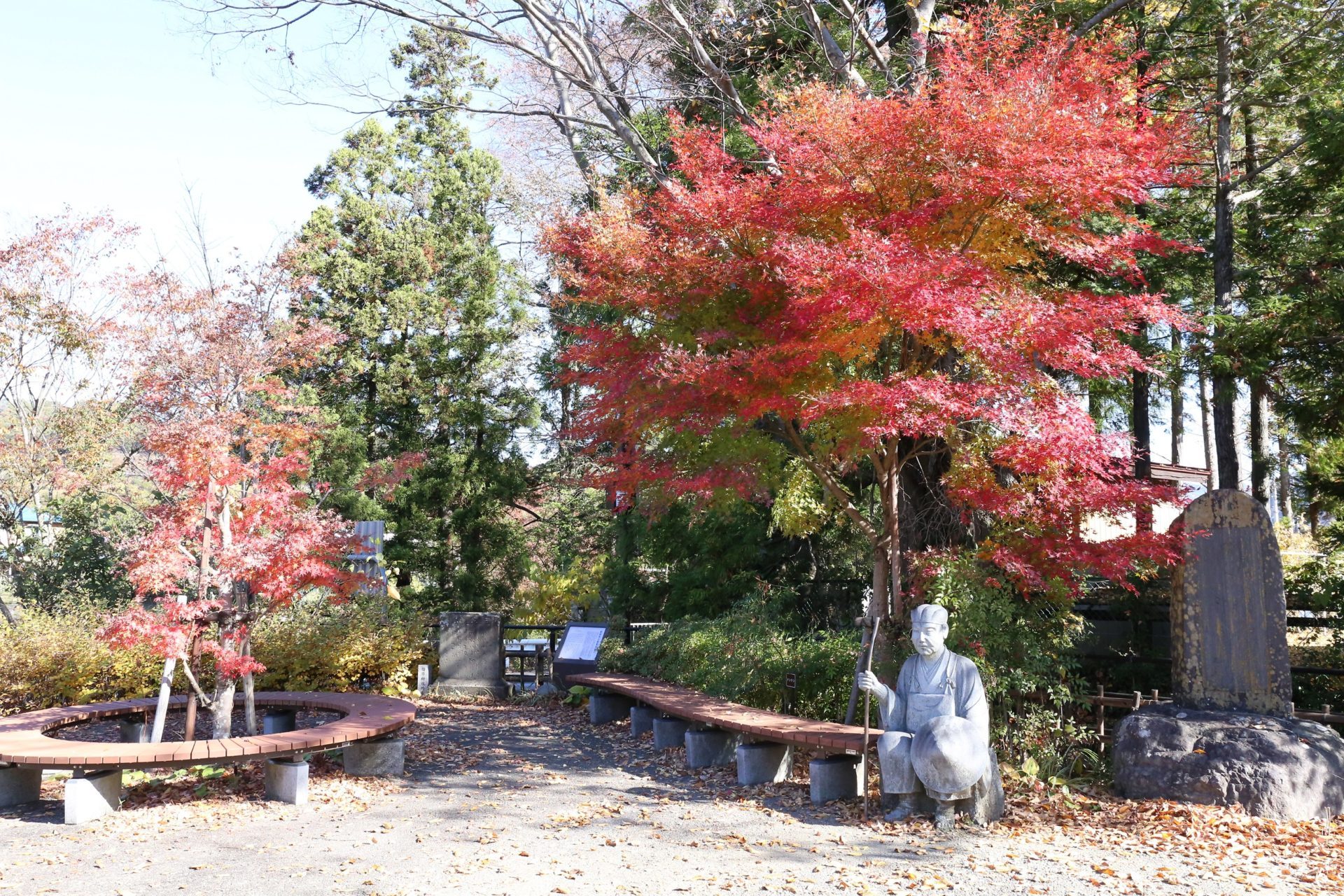 In the winter of 1682 a great fire broke out in Edo. Among the thousands of people who lost their homes and property was the famed haiku poet Matsuo Basho (1644–1694). Following the fire, the now homeless Basho traveled to the village of Yamura (present-day Tsuru), invited by his pupil Takayama Den’emon, a minister to the feudal lord who ruled this area. During the five months Basho spent here, he and Takayama held numerous poetry gatherings during which a number of now famous verses were composed. While visiting Tawara Falls in early spring, he wrote the following poem evoking vitality returning to the land:

There is a stone monument bearing this poem in Tawara Falls Park. Similar stones can be found all across the city, each inscribed with the verse that Basho wrote in those places.

Basho was known as a traveler who spent most of his days wandering the country and composing poetry. Some say the five months he spent in Yamura was the longest period he stayed in one place besides the Fukagawa area of Edo where he resided during most of his adult life. This is seen as a testament to the deep emotion he felt for the natural beauty of this area.