This mountain located on the north side of Tsuru bears the remains of Katsuyama Castle, the stronghold that once defended this valley and the major thoroughfare that passed through it. Explanations of the castle’s origin vary. The most widely accepted idea holds it was built in 1594 by a vassal of Toyotomi Hideyoshi (1537–1598) in order to defend against Hideyoshi’s rival, Tokugawa Ieyasu (1543–1616). The castle changed hands several times after its completion, but the longest holder was the Akimoto family, who ruled this area from 1633 to 1704. After the Akimoto family, the castle came under direct control of the shogun. 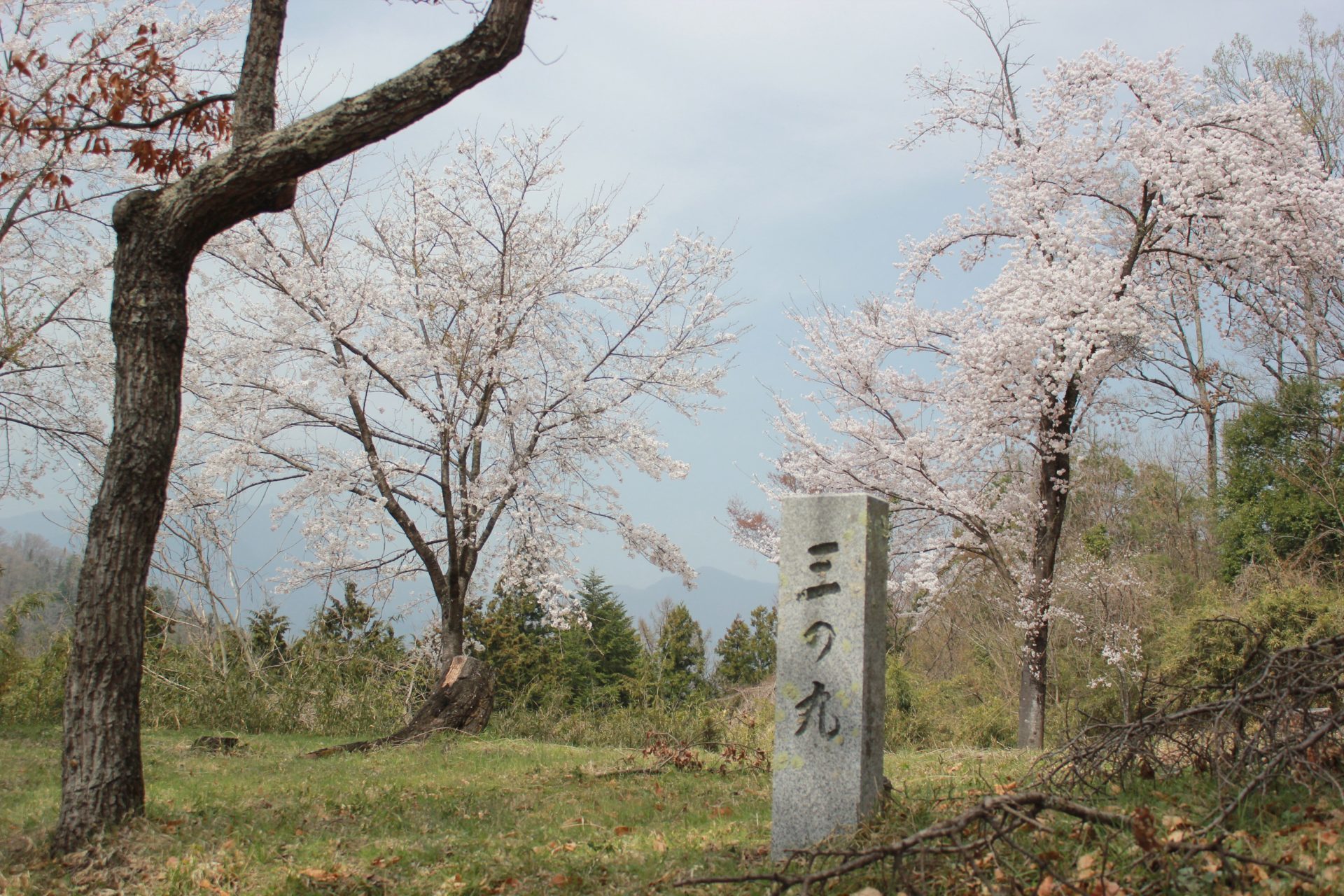 Today all that remains of the castle is a series of earthwork fortifications, a few stone walls, and some trenches thought to have been moats. Three large flat spaces were probably once enclosed by wooden fences to form baileys. On the mountain’s north ridge visitors will find the remains of an enclosure where it is believed the shogun’s tea was once stored. From the top of this 571 m–high mountain, it is easy to see why the site was chosen for a castle: not only does it command a view of the entire valley, but the mountain’s steep slopes are surrounded on three sides by the Katsura River. The fourth side is comprised of rugged mountain terrain, making it a formidable fortification.