Kagura, literally “entertainment for the gods,” is a form of traditional dance tracing its history back to one of Japan’s oldest legends. As the story goes, long ago the sun goddess Amaterasu no Omikami hid herself in a cave to sulk after a dispute with her brother, thus casting the world into darkness. To coax her out from hiding, the goddess Ame no Uzume performed a dance in front of the cave, making the other gods laugh. Amaterasu was intrigued with their laughter and so came out to watch, bringing light back to the world. Kagura developed as an imitation of Ame no Uzume’s dance. 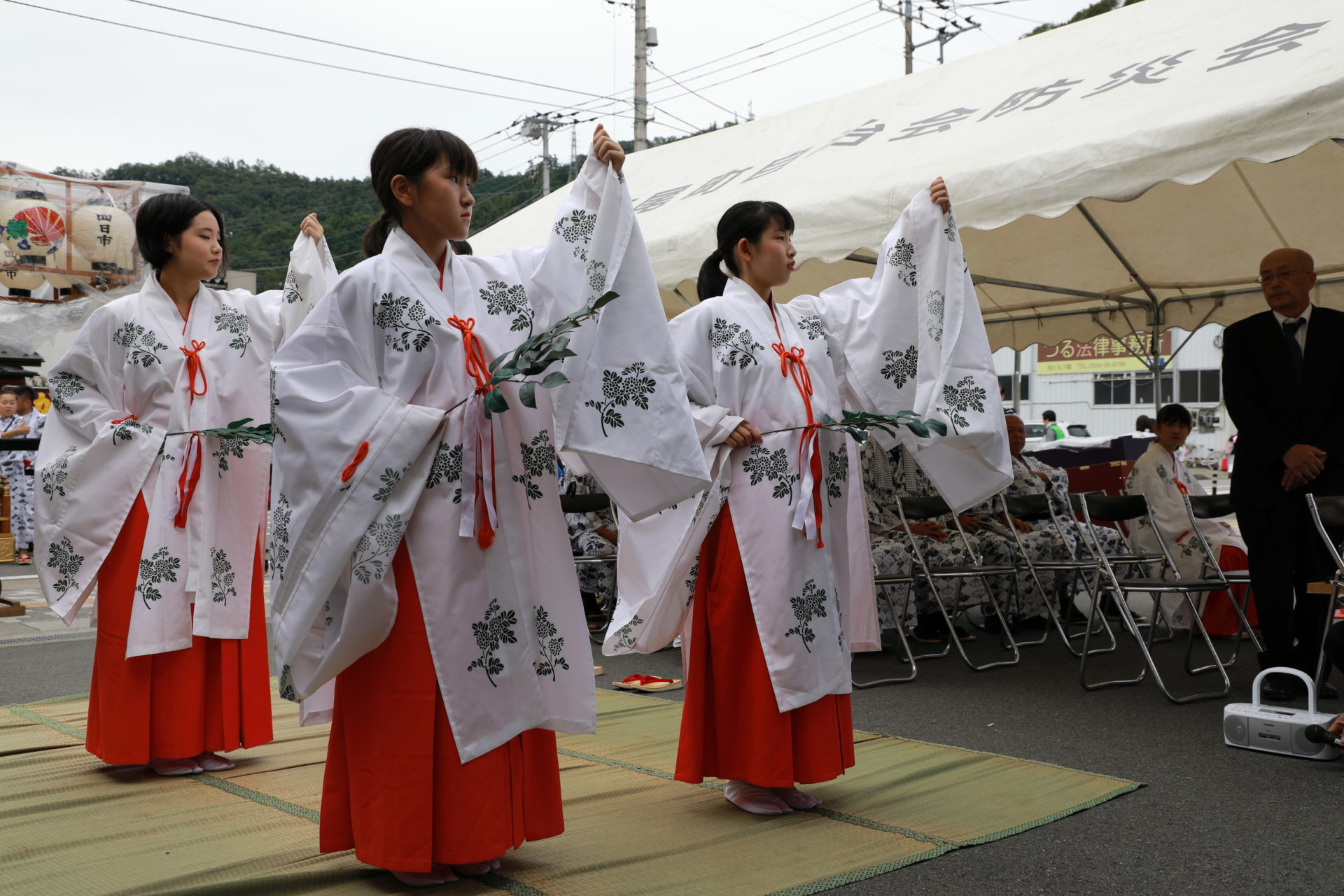 Today a vast number of kagura lineages survive, each with their own unique components. In Tsuru alone there are thirty varieties of dance. Among the best times to witness local kagura is during Oide Shrine’s Hassaku Festival on September 1st. Here, the shrine’s ornately carved kagura float is paraded through the city accompanied by performances of the shrine’s own traditional dances that date back more than 200 years. 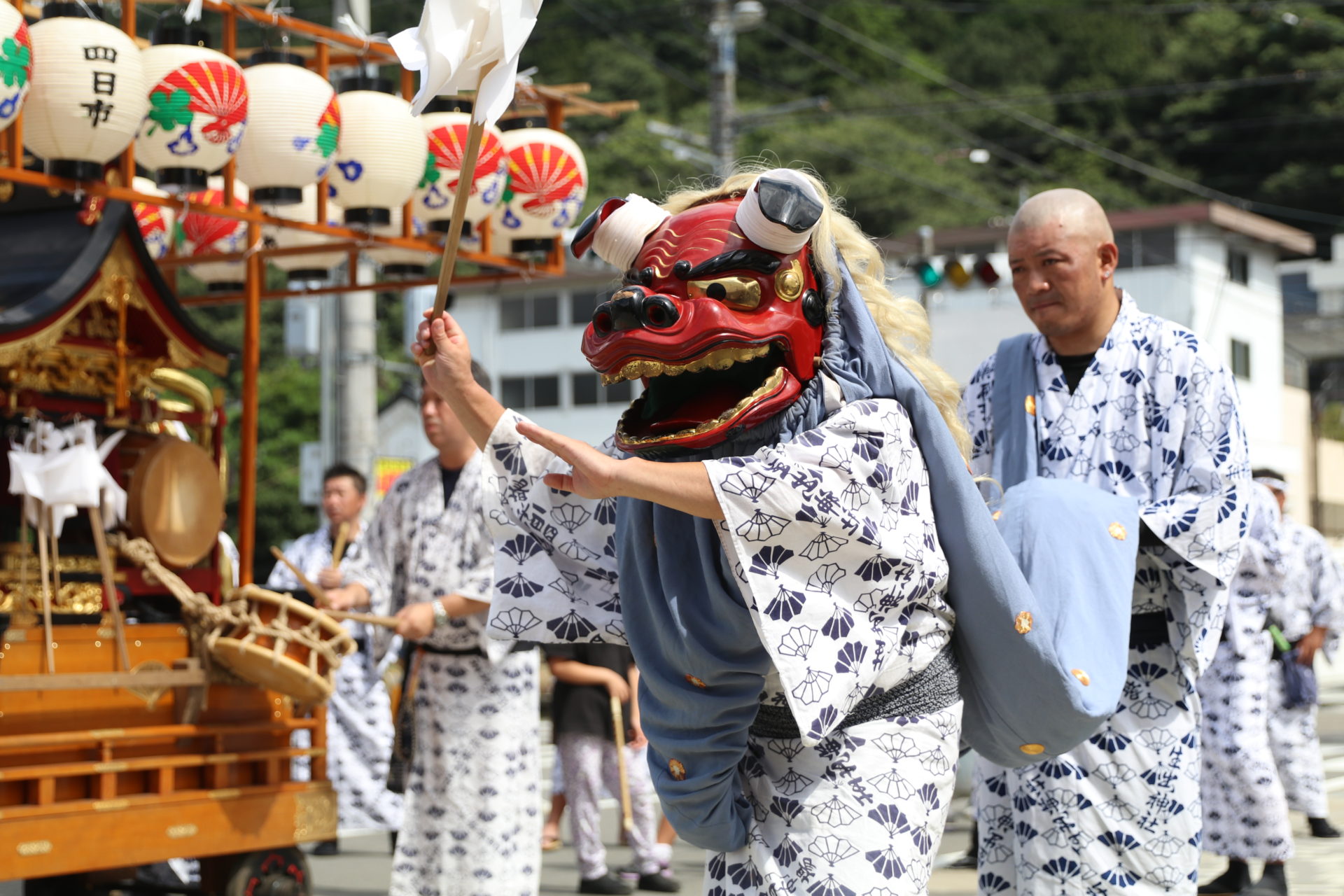