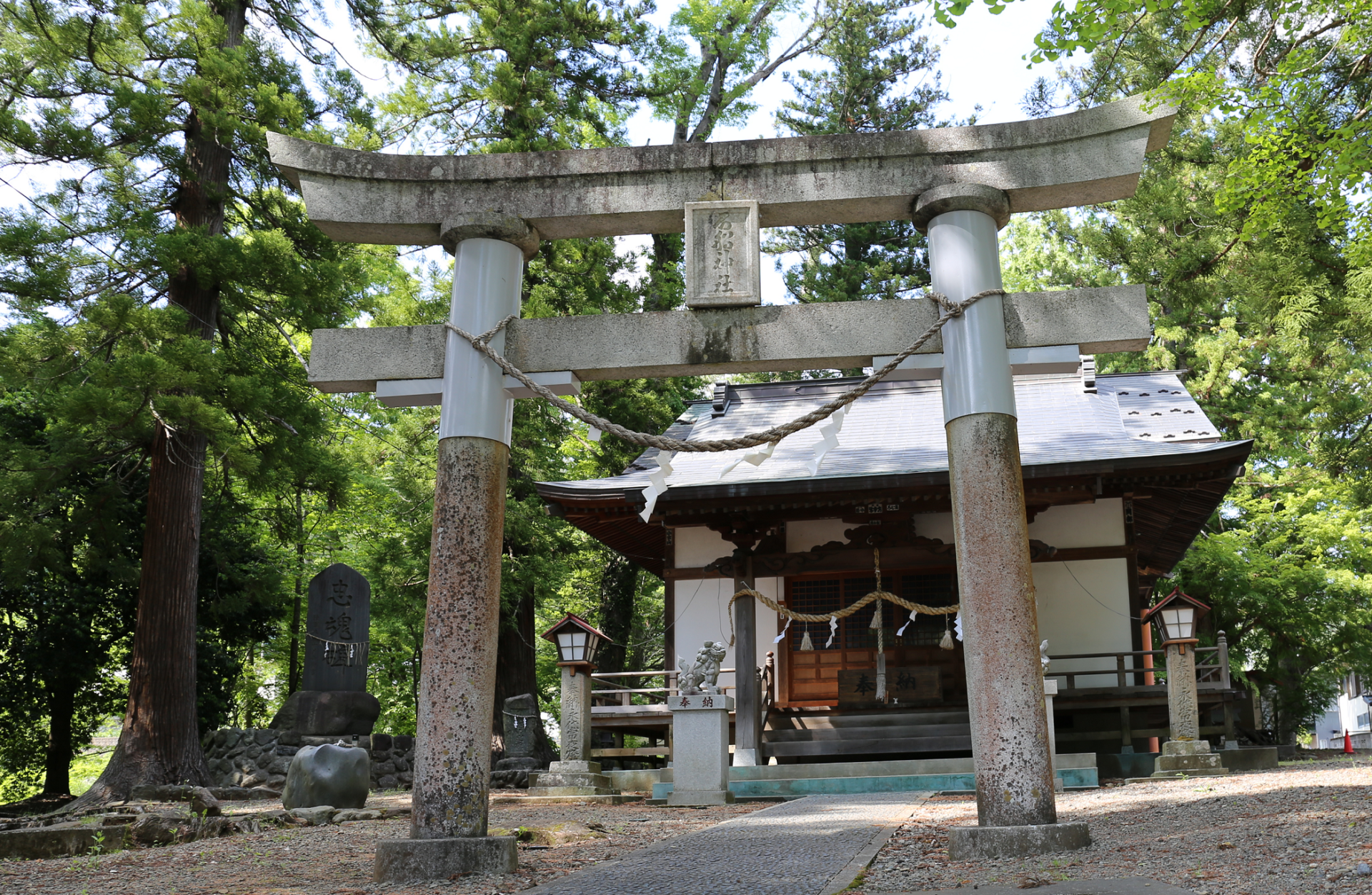 This shrine is best known for possessing one of Japan’s most unusual objects of worship: the preserved head of the fourteenth-century Prince Morinaga. This prince ran afoul of the powerful warrior Ashikaga Tadayoshi. He was captured near present-day Tokyo and beheaded in Kamakura. A princess who was present at the execution wrapped his head in a cloth and fled, eventually arriving in Tsuru, where she passed away. In the early seventeenth century, the bare skull was covered in a layer of lacquer and sawdust in order to reconstruct Morinaga’s facial structure, and polished crystals were inserted to represent eyes. Due to the superb craftsmanship and the fact it has been revered for so long, it was designated a cultural artefact of the city. The head is put on display once per year, on January 15th.

Ishibune Shrine is also well known as a place where musasabi flying squirrels live. These nocturnal animals reside in the trees around the shrine, venturing out in the evenings to search for food. There are few areas where these animals live so close to people, and visitors to the shrine have a good chance to catch a glimpse of one.