Flowing along Tsuru’s market street is a small waterway called the Kachu River, which has helped sustain the city since it was constructed in 1639. Though it originally provided water for drinking and irrigation, the river has recently come to support the people of the city as a source of hydroelectric power. 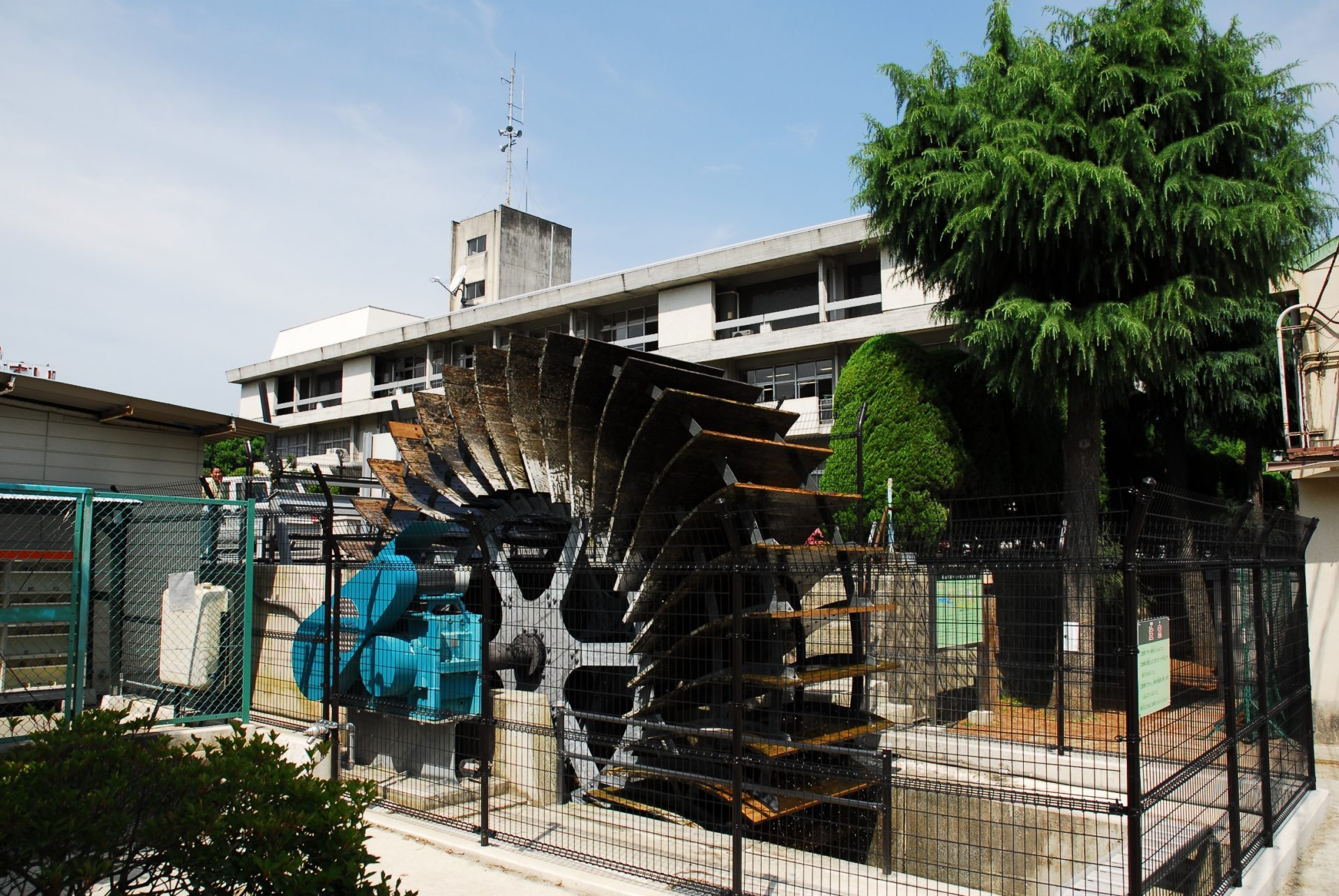 Today the river hosts three small power stations, affectionately called Genki 1, Genki 2, and Genki 3. Genki 1 is located in front of Tsuru City Hall and was built to resemble a traditional wooden wheel turned by water flowing from below, such as one might have seen in Tsuru in the past. Here, though, the old design has been improved by using backward-curving blades to more efficiently capture the water’s energy. Genki 2 is located further downriver near the place where the old Sannomaru Power Station once stood. 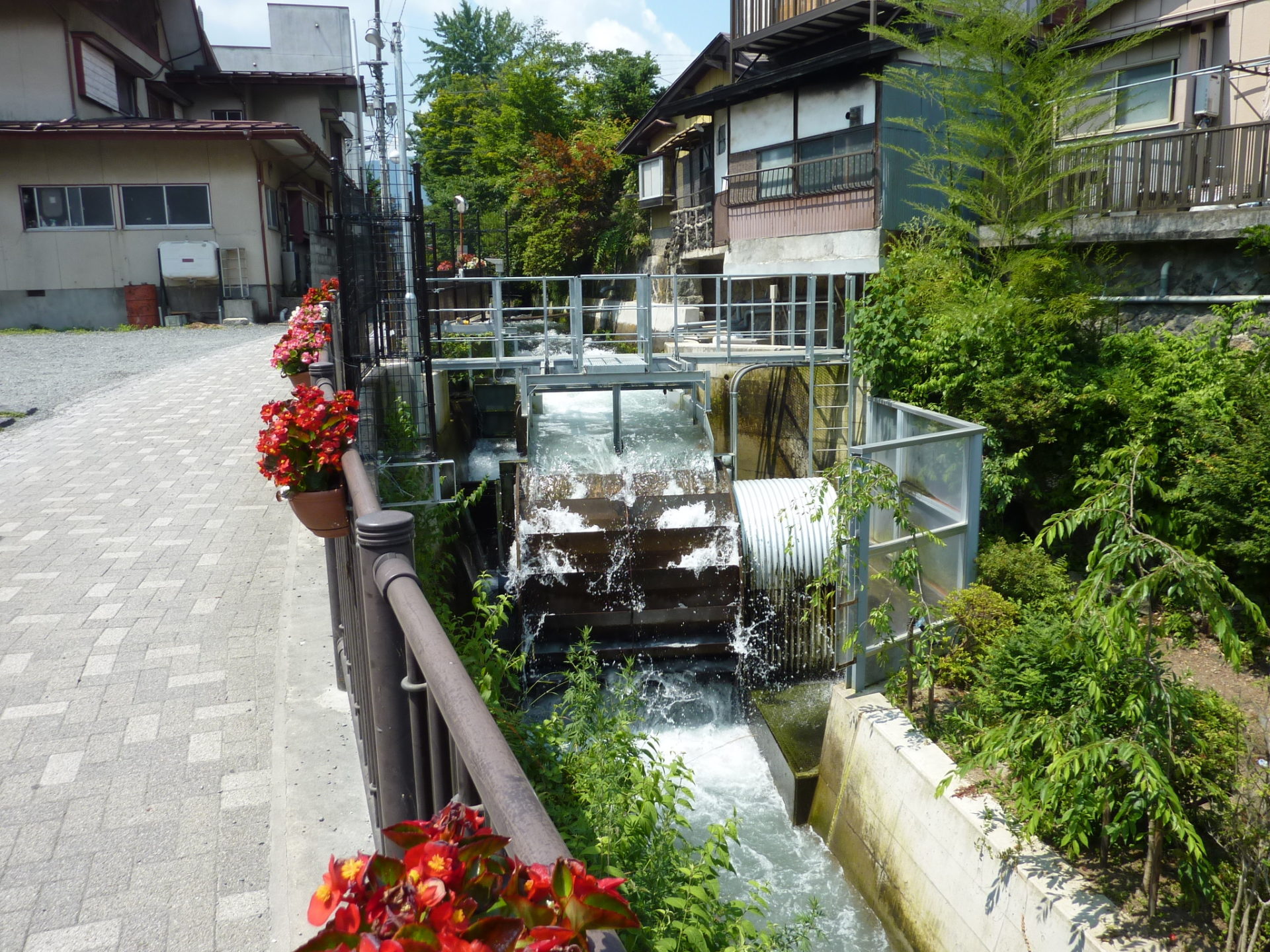 It features a newer design where water drops onto the wheel from above, and has the largest electric power output among the three stations. Genki 3, located next to Yamura Elementary School No. 1 and between Genkis 1 and 2, uses a state-of-the-art spiral blade turbine that is both compact and able to operate with very little water.