This large wooden cart is one of Tsuru’s yatai, which are traditional parade floats. It is used during the annual Hassaku Festival held on September 1st. During the festival, the people of Tsuru pull these floats through the town by hand while those riding inside perform music and dance. Each of the city’s districts has their own yatai, and they all compete to have the most beautiful decorations and the best performances. These yatai are noteworthy for their spectacular decorative curtains made roughly two centuries ago from expensive felt and velvet. The curtains feature images produced by the most famous artists of their time, such as the ukiyo-e artist Katsushika Hokusai (c. 1760–1849). 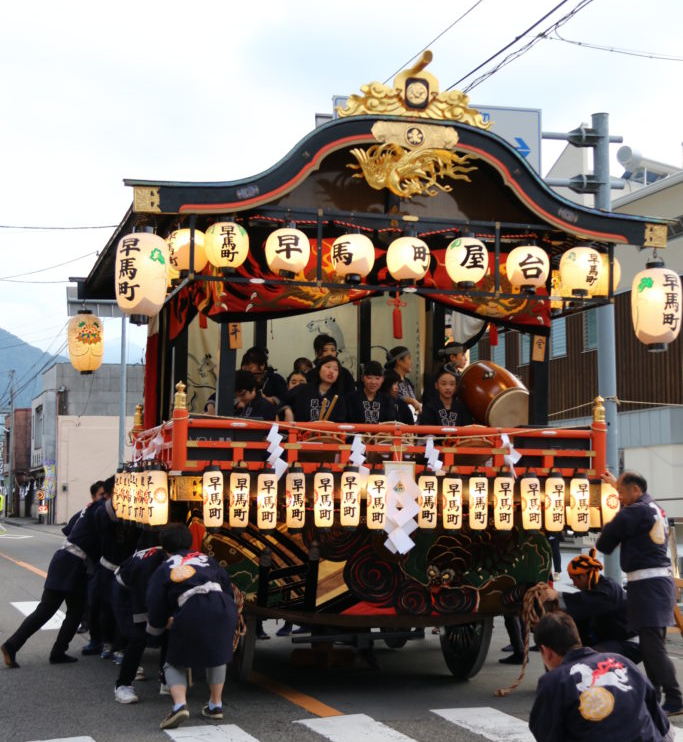 This float belongs to the Hayaumamachi district and dates back to the early nineteenth century, though the exact date of construction is unknown. It was used until the late 1920s, when it was disassembled and put into storage. Half a century later the people of Hayaumamachi lovingly restored it by hand. It came back into use for the Hassaku Festival in 1989. This curtain, hung across the sides and the back of the float, is entitled “Herdsman Playing Flute Astride a Cow” and is attributed to Hokusai. When the cart is in motion, the design of willow branches moves and creates the illusion of wind blowing through the leaves, carrying with it the sound of the flute. 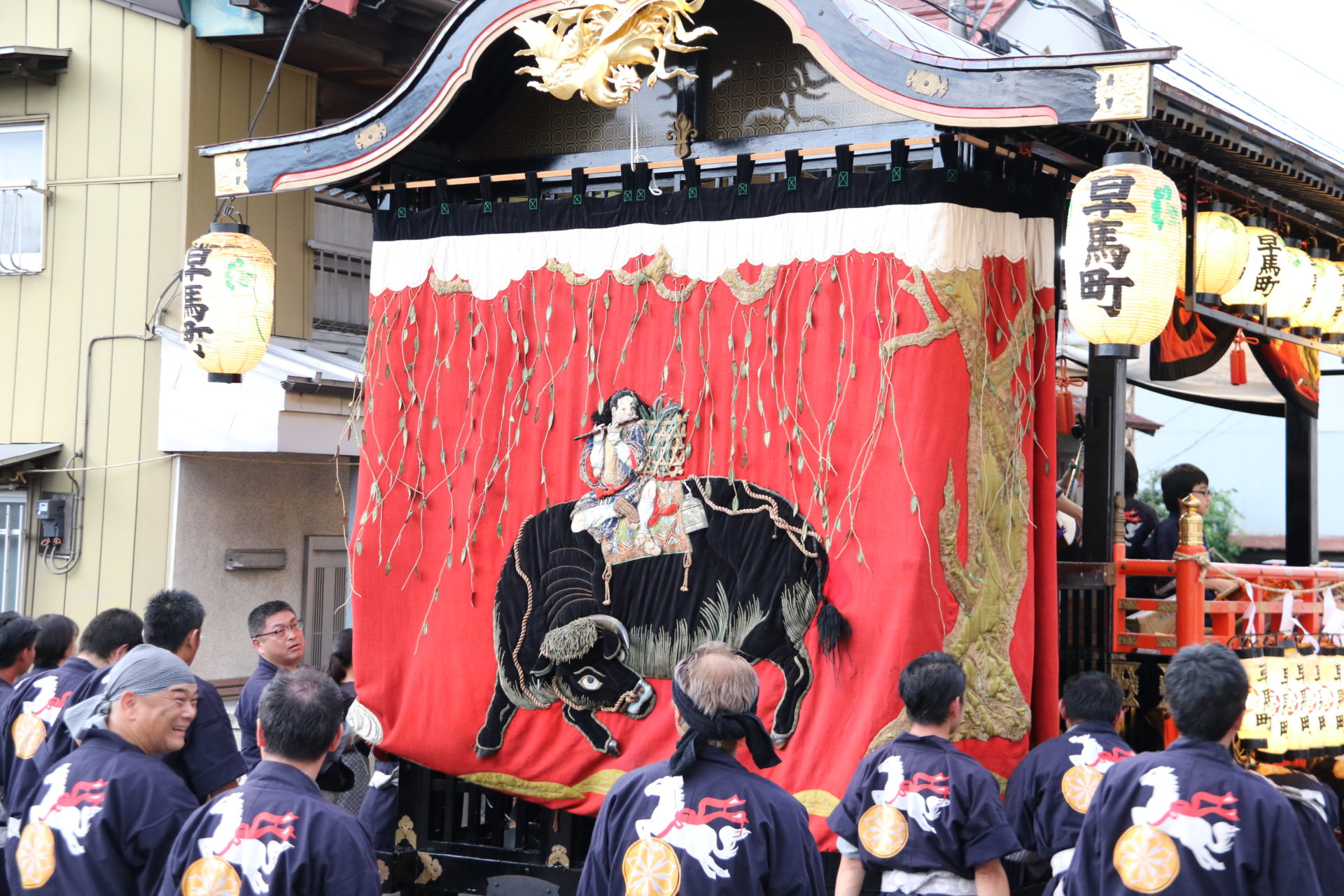