Enzuin Temple is thought to have been built in 1467 and was originally dedicated to Kannon Bodhisattva. A statue of this deity dating to the temple’s founding is still kept within its walls. After 1633, however, the temple converted to the Soto Zen sect at the wish of the ruler Akimoto Yasutomo (1580–1642). 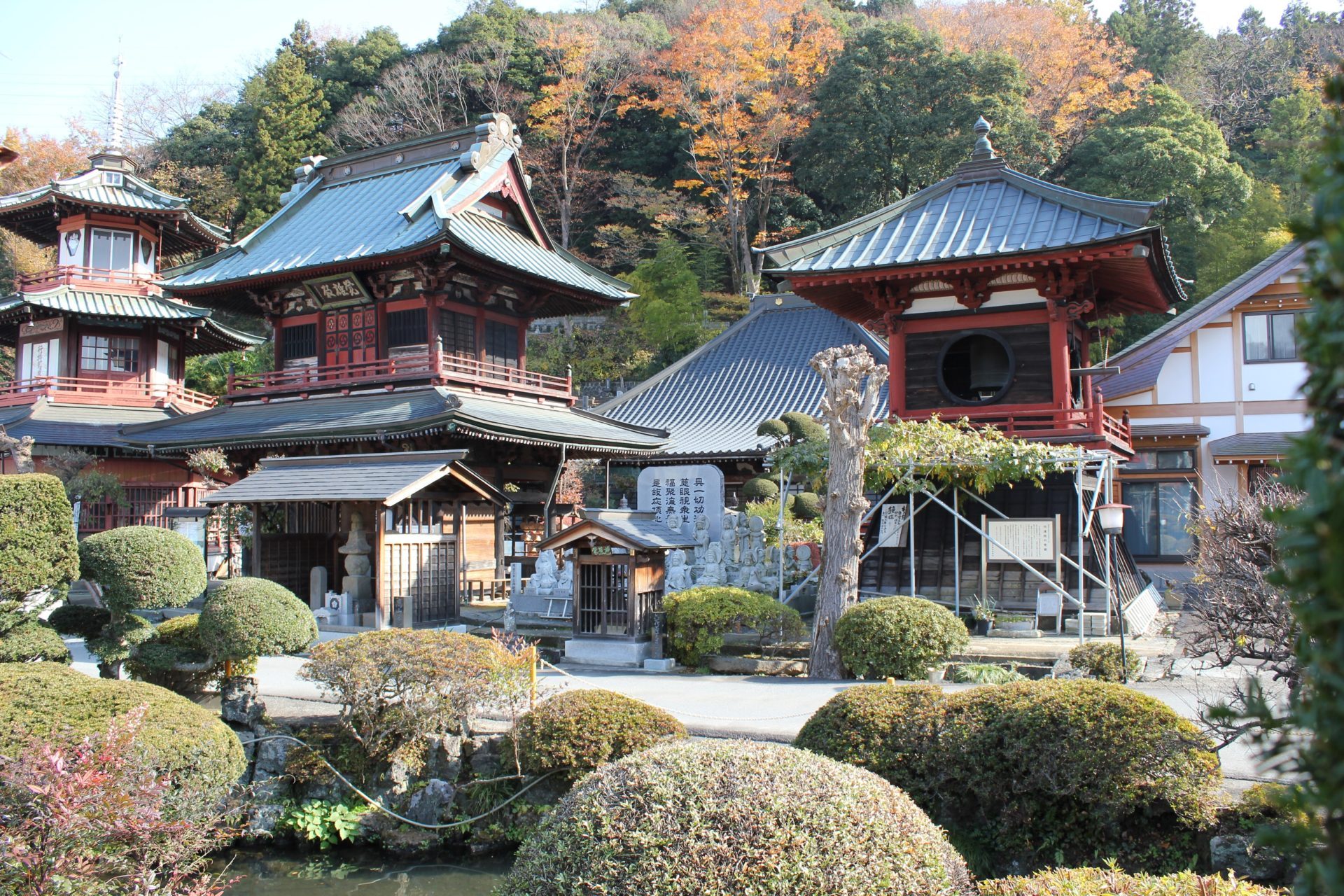 Among the many halls of worship in Tsuru, Enzuin Temple possesses the greatest quantity of Edo period (1603–1867) structures. This includes a bell tower built in 1751 and a bell forged in 1668, the Gakuyuden Gate built in 1748, and the Yakushi Hall dating to the early seventeenth century. Of particular interest is the 350-year-old temple bell, which was forged by the greatest craftsman of its day. Large numbers of such bells were requisitioned during the twentieth century for munitions production, but this bell was one of the few to escape such a fate. It is now a Cultural Property of the city of Tsuru.