A branch of the influential Daizaifu Tenmangu Shrine, the earliest records indicate this shrine was here as early as the fifteenth century. It has been rebuilt several times. The current structure was built in 1864, the previous one having been lost to fire in 1837. It was constructed thanks to the fundraising efforts of Amano Hanzo, a prominent local figure. 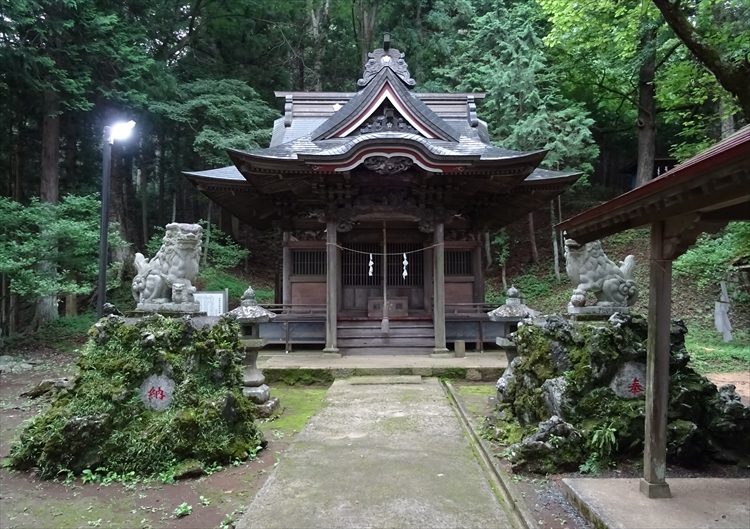 The spirit enshrined here is that of Sugawara no Michizane (845–903), a scholar and statesman who lived more than 1000 years ago. Today he is revered as a spirit of learning and is often featured in the prayers of those seeking success in school.

The shrine owes its beautiful appearance to the famous team of master craftsmen Ozawa Hanbei and his adopted son Fukuda Toshihide. Their unique style of exquisitely detailed carving can still be seen on many shrines and temples to this day. The work they produced for this building is considered among their best. The images depicted include a wide variety of animals. There are dragons amid clouds along the front, as well as cranes, chickens, rabbits, and tigers along either side. Towards the back are two large scenes from classical Chinese literature, which are so intricate that they took several years to complete.