Chatsubo Dochu refers to the Edo period (1603–1867) custom of transporting Japan’s highest quality tea from Uji (in the Kyoto area) to Edo (present-day Tokyo) for the shogun’s personal use. Edo’s hot and humid summers made it impossible to preserve the quality of the tea until the following year’s harvest. To combat this, from 1652 a portion of the shogun’s tea was stored in Katsuyama Castle in present-day Tsuru until the fall, taking advantage of the milder summers of this mountainous area. It was believed that not just the cool air but also the mysterious power of Mt. Fuji preserved the tea and improved its flavor. 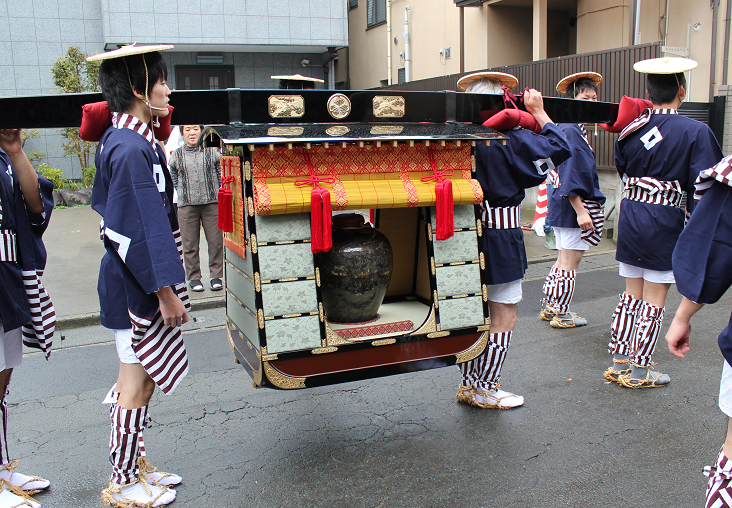 The grand procession that visited Tsuru at this time was a major event for the locals. They not only enjoyed a great deal of festivities, but also benefited financially by providing services to the travelers. Though Chatsubo Dochu ceased centuries ago, a reenactment was recently included in the annual Tsuru Industry Festival held on the last Sunday of October. During the event, a procession of people dressed as samurai accompany a group of couriers bearing a large tea urn.